Australia Falling Behind In Renewable Energy, Investment Down 70 Percent 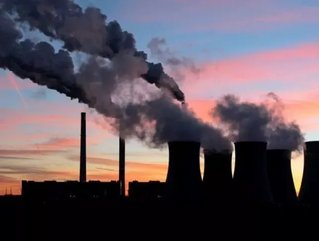 Although Australia is the 15th largest greenhouse gas emitter in the world, it seems to be going backwards on reducing its emissions. The Climate Council recently published “Lagging Behind: Australia And The Global Response To Climate Change” to raise awareness about Australia’s current renewable energy situation.

The biggest, most shocking statistic to come out of the report is the drop in renewable energy investment, which is down 70 percent since 2013. Any achievements the country has made regarding emission reductions has been cancelled out, since the repeal of the carbon pricing mechanism. In the first three to four months after it was cancelled, Australia’s electricity generation-related emissions were up 4 million tonnes compared to the same timeframe from the previous year.

The report admonished the country, claiming its lack of action has changed it from a “leader to laggard” in the renewable energy sector. It also detailed some of the moves other countries are making to lower their carbon emissions. China is the second largest carbon market in the world, and has taken the number one place globally for installed renewable energy capacity. Along with 39 other countries with carbon pricing schemes in place, China has invested in renewable energy capacity, and has banned new coal-fired power stations in some of their biggest cities.

The US is right behind China and is on track to lower emissions to 17 percent below the carbon emission level in 2005, by 2020. More than half of the states in the US have renewable energy targets. Climate Council’s report states that Australia will struggle to reach its 5 percent reduction target by 2020, and believes the goal is too low to begin with.