Aussies who take a Gap Year are Happier, Study Finds 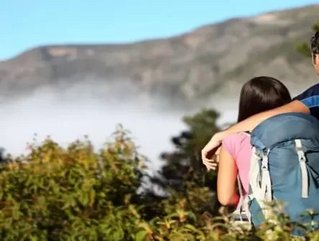 They may not make the big bucks, but a study published by the Australian National Centre for Vocational Education Research found that young Australians who spend a year working or travelling before heading to uni are generally happier.

In 2008, about a quarter of Australian high school graduates took a “gap year,” a 10 per cent increase from 1998, according to The Advertiser.

The Centre’s report, titled Who takes a gap year and why? tracked more than 5,000 15 to 25-year-olds as they transitioned from school into further study and work over the past decade.

In terms of employment, those who took a gap year fell behind their peers in terms of salary, course completion and job outcomes.

"Those who don't take a gap year are substantially more likely at age 24 to be employed full-time and to work in professional occupations than gap-takers," said the report, as quoted in Adelaide Now. "One of the reasons identified for young people taking a gap year is economic - to undertake paid work to raise funds for supporting themselves during later study."

However, the study also found that those who took a break between high school and university were generally happier and more well-rounded, having developed a wider range of interests and an ability to socialise with all kinds of people. Financial management and foreign languages were among some of the skills picked up during their gap year, therefore giving them an edge on their CV when it comes to those job applications.

If well-planned, gap years can be "excellent opportunities for students to mature, follow a passion, or scratch an itch they've got, and return a year later," Houston Dougharty, vice president of student affairs at Grinnell College in Iowa, USA, told the Associated Press.