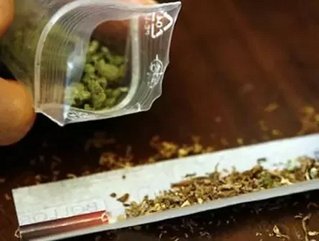 The Down Under culture has a worldwide reputation for being pretty easygoing, and perhaps the United Nations have uncovered the secret behind this laid-back lifestyle: ANZ is officially the #1 cannabis consuming region of the world.

According to the 2012 United Nations World Drug Report, between 9.1 and 14.6 per cent of the Oceania population was found to have used the drug, while the worldwide average stands much lower at 2.6 to 5.0 per cent.

"Cannabis remains the most prevalent drug in Australia, as well as the main substance accounting for demand for treatment for substance abuse (50 per cent),” said the report, released this month in Vienna.

In fact, the report, which compiled statistics gathered in 2010, went on to say that the annual use of all recreational drugs outside of heroin “remain much higher than the global average”:

“Despite a decline in reported ‘ecstasy’ manufacture, it is worth noting that some countries, such as Australia and Indonesia, reported an increase in the manufacturing capability or size of laboratories,” said the report.

Perhaps this ranking, coupled with The Netherlands’ ban on selling cannabis to foreigners, will open a new tourism market in Australia. In 2010, the northern NSW town of Nimbin ranked seventh on a list of “The World’s Top Marijuana Travel Destinations” and globally, cannabis is the #1 drug of choice.

However, this idea is pretty unlikely to take off while Prime Minister Julia Gillard is running the country.