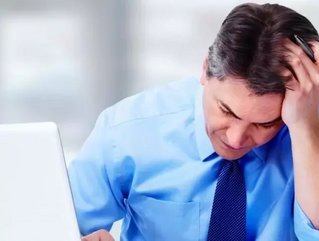 Mining and finance giants throughout Australia have been urged to provide more information on how they support mental health of their employees, as a new report by the Australian Council of Superannuation Investors (ACSI) discovered the nation lags behind other countries.

This started as investors began applying increased pressure on companies to focus on the economic and financial costs of mental health, which could eventually lead to higher insurance claims as well as decreased productivity.

RELATED TOPIC: How to Have a Healthy Workplace Like Cotton On & other Australian Companies

“A lack of reliable and comparable disclosure of corporate performance, beyond that contained in traditional financial reporting, can undermine effective communication of these longer-term measures of business success by company boards to their owners,” said Davidson.

The research found about 30 per cent of large mining and financial companies release little information regarding mental well-being support of its staff and the effectiveness of the programs it incorporates.

In the finance industry, which reportedly has an above average rate of self-stated mental health problems, about a third of companies surveyed had data on staff turnover, while 25 per cent had numbers on workforce satisfaction.

In addition, about 60 per cent of financial businesses had either good or moderate disclosure in those areas, compared to 87 per cent of similar companies in the United Kingdom.

Meanwhile, the mining industry has also begun conducting more research into mental health of its workforce due to the constant strain on fly-in, fly-out (FIFO) employees’ personal lives. While over half of the mining companies have well-being programs, only a few disclosed details on worker satisfaction, absenteeism, turnover and overtime.

Recently, mental health, welfare and medical groups in Australia have increased efforts to develop a fully funded mental health agreement, as the belief grows that the current system is flawed. Federal Health Minister Sussan Ley recently indicated the country is in need of a nationally coordinated and binding agreement on mental health.

“We have a real opportunity to deliver meaningful long-term reform, and this government is taking action by working hand-in-hand with the mental health sector to take the National Mental Health Commission’s landmark review from paper to policy,” said Ley in a statement.

“But we also need a national approach, and this has been recognized by health ministers at all levels of government. We are continuing to work together to deliver this fundamental reform.”