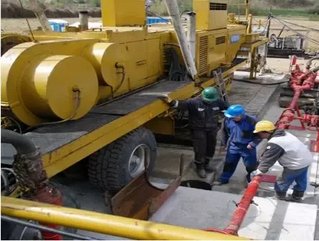 A joint venture among Australian miner Wildhorse Energy (WHE), Hungarian state owned Mecsek-Öko and Mecsekérc, and Hungarian Electricity Ltd, owner of the Paks Nuclear Power Plant, has been approved by the nation of Hungary to develop the Mecsek Hills Uranium mine project near the city of Pécs.

According to WHE, the site hosts 48.3m tonnes of ore. Hungary, who currently depends on Russia for 80 per cent of its gas imports, has a history of mining, but these operations ceased in 1997.

Today, uranium prices stand around $150 per kg – about 10 times the value that it was back in the nineties, the Financial Times reported.

"With the Hungarian Cabinet approval, we now have formal government endorsement of a potential JV to develop the Mecsek Hills Uranium Project, a highly important... strategic asset, which is one of Europe's largest uranium projects," Matt Swinney, managing director of WHE, said in a statement.

The agreement will allow Hungary to reduce its reliance on foreign oil imports and help increase low employment rates in the Pécs region.

The nuclear power station at Paks, which generates 40 per cent of the nation’s electricity, is currently developing two new nuclear reactors.

"We are now positioned to establish the JV company, which we hope will be achieved in the near term, so that we can identify the optimal path for development to maximize the benefit for all stakeholders,” said Mr Swinney.