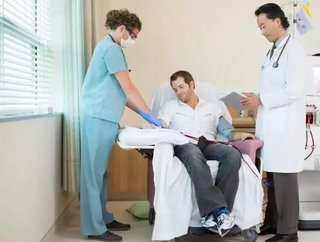 The Australian federal government recently announced its plan to provide $15.3 million in funding for the Purple House, which is a central Australian dialysis service.

The money is expected to go towards efforts to expand treatment to remote Indigenous communities facing a kidney health crisis. The funds will add more renal dialysis units in several areas

Located in Alice Springs, the Purple House is mainly a self-funded dialysis clinic created 15 years ago with independent money raised by Aboriginal people. It was the first bush dialysis service in the nation.

The clinic previously received $1.7 million from the Northern Territory government that was not indexed. Meanwhile, this most recent news comes soon after an announcement of a plan to spend $10 million in federal funds on dialysis support services for remote-living Indigenous patients in the Northern Territory.

The new money is expected to create about 16 dialysis chairs out bush where there is currently very little serve available, as well as allow Purple House to act on plans it has to expand into areas east of the NT and into some parts of South Australia.

“Between the two announcements it’s not being overly dramatic to say that this changes the face of renal disease in Australia,” said Purple House CEO Sarah Brown. “No longer will dialysis mean a one-way ticket to town and home for your own funeral.

“People will have hope, they will have a reason to stay well, to get home, and families will be able to look after people. This is enormous for all of central Australia and for the people whose kidneys are failing now and who are trying to decide what they’re going to do. So thank you.”

However, as assistant federal health minister Fiona Nash pointed out, the announcements aren’t only about treatment, but also prevention.

“It’s vitally important we focus on that primary prevention and making sure those services at the front line looking after these patients dealing with chronic disease are able to do so,” Nash said.