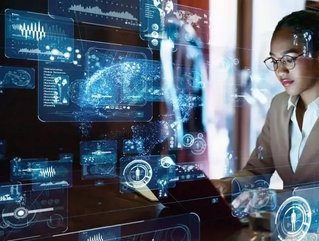 McKinsey has released a new report speculating that the Asian continent may be indicating the direction of business’ future...

McKinsey has released a new report speculating that the Asian continent may be indicating the direction of business’ future.

The socio-economic impact of the COVID-19 pandemic is widespread - global GDP may decrease by up to 6.2% (the worst since the Great Depression) - and Asia, where 60% of people on Earth live, is faced with the very real prospect of increased poverty for millions.

However, despite this challenge, McKinsey notes, the continent has maintained some of the world’s most consistently good economic activity; according to McKinsey’s long-term study, seven of its economies achieved or exceed 3.5% GDP growth over a 50-year period.

Hosting 43% of the largest companies by revenue, Asia’s development over the last century has been a near-unprecedented success story.

McKinsey attributes this, amongst other things, to a regional attitude which emphasises corporate agility, fast response to opportunities and a dynamic mode of operation.

The report notes that, although the COVID-19 virus began to take hold there, Asia has, generally, managed to effect faster containment of its spread, particularly in Singapore, South Korea and China. This is seemingly confirmed by the latest reported figures.

Given that continued Occidental prosperity is dependent on a similar level of economic ‘bounce-back, McKinsey opines that an examination of Asian attitudes could be beneficial.

Framework for the future

A new social contract: As the digital world becomes ever more entwined with physical reality, concerns regarding privacy and the degree to which collected personal data can be utilised by companies and governments continues to be debated.

McKinsey notes that Hong Kong, China, Australia and Singapore have introduced unconventional measures, yet the report notes, “In times of crisis, the state plays an essential role in protecting people and prioritising a nation’s resources for the response.”

Redefining work and consumerism: The usurpation of brick and mortar (B&M) stores by e-commerce may be fully consummated in a new era defined by social-distancing and digital technology.

Emphasis on speed and scalability: In order to cope with the rapid escalation of COVID-19’s threat, China invested approximately US$142bn in developing its public infrastructure, a figure representing 1% of national GDP.

Other countries in the West have also pledged huge sums on national resources to support businesses and communities during the pandemic, but few have done so on the same scale (both in terms of finance and speed) as Asian states.

Shift from globalisation to regionalisation: McKinsey notes that China represented 50 to 70% of global demand for essential mineral resources, such as copper, iron and coal. When the pandemic made trade problematic, Asian markets had to diversify to meet their demands.

Many countries opted for more local supply-chains than ever before, both to contain the virus and ensure business continuity in the short-term.

Although McKinsey acknowledges that some industries were already in the process of doing this (for instance textiles), the report postulates that nascent plans could subsequently be accelerated. This new focus could be pivotal for global economies seeking to recover in a similar manner.