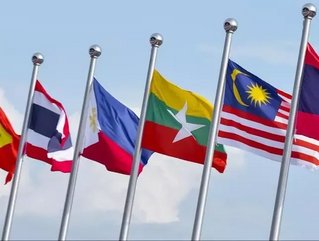 The three-day conference closed on Tuesday and brought business issues, investment opportunities and growth across south east Asia to the fore.

Trump visits China with reps from Boeing and Goldman Sachs

Progress was made on protecting migrant workers as the “ASEAN Consensus on the Protection and Promotion of the Rights of Migrant Workers” was signed. This promotes the fair treatment of migrant workers and covers visitation rights by family members, prohibition of passport confiscation, protection against violence and sexual harassment in the workplace, and the rights of migrant workers to join trade unions and associations.

On relations with North Korea, the Chairman’s notes concluded that: “we expressed grave concerns over the recent provocative and threatening actions” and that the ASEAN nations “reiterated our support for the denuclearisation of the Korean Peninsula in a peaceful manner and called for the exercise of self-restraint and the resumption of dialogue in order to de-escalate tension and create conditions conducive to peace and stability.”

Leaders also agreed to enter talks with China on a Code of Conduct relating to the South China Sea, also to ensure peace and stability.

Following President Trump’s recent Asian visit, during which he visited the Philippines to promote a free and open Indo-Pacific region, the ASEAN leaders released a joint statement which expressed their commitment to economic growth and engagement between their nations and the US.