Insight: the impact of this week's trade war talks 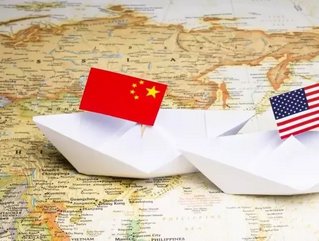 A war of words

On Monday, Trump threatened to impose 10% tariffs on around $200bn worth of Chinese imports, in response to China’s suggestion it would retaliate against his previous tariff of $50bn imports. It has also been suggested that if China does retaliate, a further $200bn worth of tariffs will be unleashed on the largest economy in Asia. As such, the ‘trade war’, which at the moment consists of threat upon threat, stepped up and has largely taken over the media this week – but the main impact so far has been uncertainty.

On Thursday, China’s commerce ministry stated that US workers would be damaged by the trade war, with China Daily (a state-owned newspaper) stating that the US was failing to understand the impact trade with China has on millions of US jobs. According to Reuters, Chinese state media described US protectionism as a “symptom of paranoid delusions”.

While the threatened tariffs have yet to be imposed and it is likely more communication and changes will take place, with many suggesting the threats are largely empty, the impact of the countries’ war of words has been felt in the market nonetheless.

In the past week, the value of the Chinese yuan has gone down 2%, falling for the sixth consecutive time on Thursday 21st June. The South China Morning Post pointed to rumours that the People’s Bank of China would take action to stabilise the currency. In total, the yuan is down 4.3% from its 2018 high.

One company impacted by this week’s upheaval has been Daimler, which has reduced its predicted profits due to international tensions. The company has stated fewer Chinese customers will buy its SUVs due to tariffs imposed on US imported vehicles.

According to Straits Times, both Daimler and BMW risk the most among car manufacturers from an all-out trade war, since together they ship around 100,000 vehicles to China annually, amounting to almost $7bn according to Evercore research.

In addition to the tariffs, recent reforms in China allow foreign manufacturers to own over 50% of a joint venture in order to produce in the country, prompting some car companies to put down roots and manufacture locally. This could also have a negative impact on shipment numbers from the US, as opposed to previously when US companies wouldn’t be able to produce in China without having a Chinese company as a majority partner.

Across Asia, stocks have taken a hit with recent forecasts by Goldman Sachs and Morgan Stanley seeing a dip. Aside from tariff threats, there is also the Singapore summit to contend with which, much like Sino-US relations, has still left a lot of questions. The MSCI Asia Pacific index saw a reduction according to Bloomberg with Shanghai, Vietnam and the Philippines all dipping down to around 10% below previous levels.

India has also responded to the impact, imposing its own tariffs on US goods. Chickpeas, for example, will now be imported from the US at a 70% tariff as of August, in retaliation to the increased levies the US has imposed on India. However, while Trump stated that India had put a 100% tariff on some high-end motorcycles, in fact India had lowered tariffs from 60-70% to 50% according to NDTV.