Are we the hardest working nation? 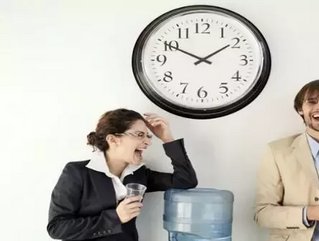 The “Eight Hour Work Day” took root in Melbourne in the 1850s, giving Australia the bragging rights to call ourselves the first nation to implement a sustained then-48 hour work week – but does that make us the hardest workers?

A number of recent studies reveal that this probably isn’t the case, and one professor has even gone as far as calling this claim ‘absolute crap.’

"Over the last 10 years, the proportion of Australians working long hours has been dropping,"Professor Mark Wooden of the Institute of Applied Economic and Social Research told the Sydney Morning Herald. “People tend to overestimate how long they work as a sort of ‘badge of courage’ and find it difficult to estimate the hours they work accurately.”

Indeed, the number of hours worked rarely correlates to the amount of work actually completed, and another study cites productivity as the main culprit here.

An October study released by Australian accounting firm Ernst & Young called the Australian Productivity Pulse surveyed nearly 2,500 workers and their bosses across the nation. Through their research, they found that almost a fifth of workers’ time is wasted while on the clock.

In financial terms, this lack of productivity cost the nation $109 billion in wasted wages this year – more than just a drop in the bucket when the total wages bill amounts to $606 billion a year.

“This means that every single day $320 million is lost in valueless work,” said Neil Plumridge, the firm’s Advisory Leader who led the quarterly survey, in a statement. “If we improve that by just 10 [per cent] the impact to Australia’s productivity would be tremendous.”

Mr Plumridge was quick to point out, however, that this does not make Australia a “nation of slackers.”

Logging an average 44-hour work week, Australian workers are among the hardest-working and most motivated in the developed world. The problem, according to the survey, is productivity.

“The hours are good and the intentions are good, but we found an incredible wastage once we all get to work... we simply can’t put the productivity issue down to personal motivation,” Mr Plumridge said.


Read more about Australia’s work productivity in the December issue of Business Review Australia, out this Friday.