Alipay named as UEFA's official payment partner through to 2026 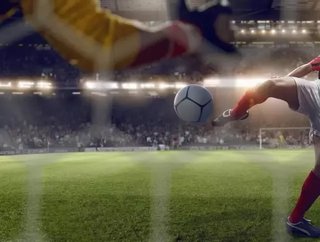 Alipay, operated by Ant Financial Services Group, has announced an eight-year partnership with UEFA for each UEFA national football team competition from 2018 to 2026

As the official global payment partner of the association, Alipay and Ant Financial will work to bring digital transformation to the fan experience, offering seamless payments at 420 matches across the first four-year cycle with an estimated total live audience of 7.4bn people.

The partnership’s duration will include the Euro 2020 and Euro 2024 championships as well as club-level matches.

“We are proud to announce this unique and groundbreaking partnership with Ant Financial and Alipay for UEFA’s national team competitions,” said Aleksander Čeferin, President of UEFA, in Ant Financial’s statement.

“Alipay is at the forefront of digital payments and in association with its global partners, Alipay has unique connections with over 900 million users. We believe the partnership will further innovate the way in which UEFA engages with football fans around the world.”

“Alipay will offer digital payment experiences to football fans using mobile phones and other technology innovations both online and on-site. The innovation we will bring to the partnership will also allow fans to engage with their teams and show their support in completely new ways.”

“Alipay has been working with partners who share the same dream of bringing the world equal opportunities by providing inclusive financial services to individuals and SMEs. Together, Alipay and its global partners will connect fans from all over the world with the exciting UEFA national team competitions.”