Alibaba generated a GMV of US$30.8bn during Singles Day 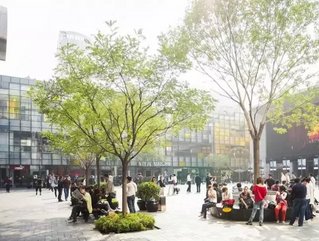 Alibaba has announced that it generated a gross merchandise value (GMV) of US$30.8bn during this year’s 11.11 Global Shopping Festival

The annual event, which falls on China’s Singles Day, first began in 2009 as an initiative to raise awareness of the value of ecommerce and has now become an exceptionally lucrative 24-hour period for Alibaba.

The total GMV settled through Alibaba’s Alipay of $30.8bn marked an increase of 27% over its performance in 2017.

“Today we witnessed the strength and rise of China’s consumption economy and consumers’ continued pursuit to upgrade their everyday lifestyles,” said Daniel Zhang, CEO of Alibaba, in a press statement.

“Participation from the entire Alibaba ecosystem enabled our brand and merchant partners to engage with consumers like never before. Looking ahead, Alibaba will continue to lead the evolution towards the future digital economy and lifestyle.”

Lazada Group, an ecommerce firm owned by Alibaba and headquartered in Singapore, participated in the festival and tapped into the customer bases of Singapore, Malaysia, Thailand, Indonesia, the Philippines, and Vietnam.

The statement added that over 40% of consumers bought products from international brands, with 237 brands exceeding 100mn yuan (around US$14.3mn) in GMV and over 180,000 total participating brands.

On Alibaba’s news site, Alizila, a report said that Alibaba’s executives lauded the continued rise of China’s middle class and the growing desire to upgrade living standards through high-quality products.

“I think you have to understand Alibaba and what Alibaba’s doing in the context of the long-term secular trend that’s developing in China, which is the rise of the Chinese middle class,” said Joe Tsai, executive vice chairman of Alibaba.

“That trend is not going to stop, trade war or no trade war.”