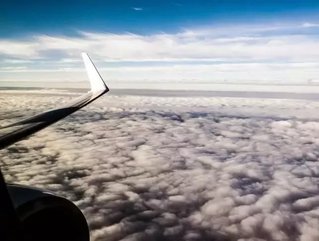 Air New Zealand, New Zealand’s flag carrier airline, has announced the signing of a deal with Boeing that will see it acquire 8 787-10 Dreamliners.

Though that would represent some US$2.7bn at currently listed prices, the actual figure was undisclosed, with Air New Zealand emphasising that it had secured a “significant” discount on that figure. The deal also includes the option to increase the number purchased from 8 up to 20.

Air New Zealand CEO Christopher Luxon said: “the game changer for us has been that by working closely with Boeing, we've ensured the 787-10 will meet our network needs, including the ability to fly missions similar to our current 777-200 fleet. This is a hugely important decision for our airline. With the 787-10 offering almost 15 percent more space for customers and cargo than the 787-9, this investment creates the platform for our future strategic direction and opens up new opportunities to grow.”

The aircraft will complement the airline’s existing fleet of 13 787-9 Dreamliners, which are said to have already proved their ability in the Pacific Rim region serviced by the airline. As the largest variety of Dreamliner, the 787-10s have a higher capacity and are longer and more efficient than the 787-9s. As such, the company revealed it had negotiated the right to substitute one for the other to ensure future flexibility.

“We are honoured to extend our deep partnership with Air New Zealand,” said Christy Reese, Vice President of Boeing Commercial Sales and Marketing for Asia Pacific. “This is a bold decision by the airline and will help carry forward the ambitions of Air New Zealand for many years to come. The 787-10 is the most efficient widebody in operation today with 25 percent better fuel costs per seat than the aircraft it replaces. In addition, the 787-10 has 95 percent commonality with Air New Zealand's existing fleet of 787-9s and will provide the airline with added benefits in terms of capacity and overall operations.”

Air New Zealand used their press release to hail the improved efficiency of the Dreamliners, saying they are expected to be 25 percent more fuel efficient than the 8 777-200ERs they're replacing, and represent a significant investment in the company’s international network and customer experience.