A closer look at three of Beijing’s biggest tech companies 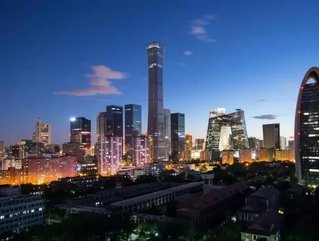 When you think about the engine of China’s recent success, the mind might naturally drift to the south’s Pearl River Delta megalopolis, and its jewels of Guangzhou, Shenzhen and Hong Kong. China’s capital is no slouch in economic power, however, and is home to some of China’s (and consequently the world’s) largest companies. Here, Business Chief takes a look at three of Beijing’s heavyweights.

Anyone under a certain age will be familiar with ByteDance, albeit indirectly, thanks to its TikTok social media app. Born out of its Douyin product for the Chinese market, both Douyin and TikTok allows users to create short looping videos, with the format being ripe for producing viral hits. The app was combined with video lip-syncing app Musical.ly after an acquisition in 2017, and is in many ways a successor to the now defunct Twitter-owned Vine application, which pioneered the format.

Transportation company DiDi was founded by an alumnus of Hangzhou-based ecommerce giant Alibaba, Cheng Wei. Originally backed by Tencent, in 2015 it merged with its biggest, Alibaba-backed, rival, Kuaidi. Such was its dominance of the Chinese market that it bought out Uber’s Chinese business. Like Uber, it has since expanded beyond its original ride-hailing remit, with the company branching out into areas such as robotaxis, where it is planning to test its fleet of autonomous vehicles on the streets of Shanghai imminently.

JD.com operates one of the biggest business to consumer ecommerce sites, alongside the Alibaba-owned Tmall. Alibaba’s erstwhile rival Tencent is a big backer of the site, as is American retail corporation Walmart. Although founded in 1998, it took until 2004 for the company to first open its website. While Singles’ Day drives huge profits for Alibaba, JD pioneered its own celebration which takes place on 18 June, the “618 Anniversary Sale”. Its success prompted Alibaba, as well as rival Pinduoduo, to also adopt the holiday.