46% of Australia’s big businesses are transitioning to renewables 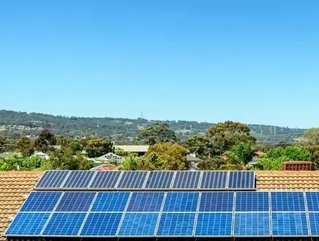 According to a new report released by the Climate Council, 46% of the largest businesses in Australia are making an effort to move towards renewable energy.

Many of the firms are even building their own renewable energy projects will battery storage, allowing them to steer away from the grid and increasing energy prices, the Guardian reported.

The report, titled ‘Renewables & Business: Cutting Prices and Pollution’, notes that in the past 10 years, energy prices across the country for households and small businesses have increased by approximately 80%.

In a bid to save costs, the number of Australian firms that have chosen the alternative of generating their own solar power has doubled in less than two years.

It is anticipated that the investments in solar installations will be equalled through saving money on power bills within five years.

“It takes away that unknown of ‘what’s the power bill going to do next’,” regarded Ian Gaffel, General Manager at AustChilli, the Guardian claims.

“For us to be able to get some stability … and generate energy that won’t be subject to those fluctuations.”

“Anybody who has the ability to spend on capital investment, it’s a no-brainer.”

The food manufacturing firm installed 100MW of solar 18 months ago, and recently invested in an additional 220MW.

Gaffel claims that by financing solar gave his firm got the confidence to invest in expansion and hiring more employees.