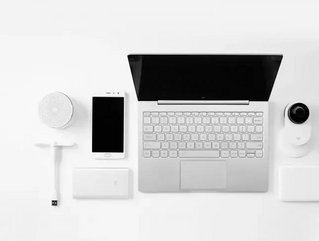 It’s been quite a few years for tech unicorn Xiaomi. In 2014, just four years after beginning, the company was the top-valued start-up in the world, but supply chain issues and missed shipment targets in 2015 led to an opening for smaller competitors and decline for Xiaomi. Now, the fifth biggest smartphone provider in the world is back and more ambitious than ever as it sets its sights on India’s 1.4bn strong market.

Where did it all start? Senior Vice President, Wang Xiang explains: “Xiaomi was founded in 2010 by serial entrepreneur Lei Jun, with our Android-based operating system MIUI as our first product. In 2011, we launched our first smartphone Mi 1, henceforth delivering on our mission to bring innovation to everyone through high quality products with honest pricing.

“Subsequently, we also developed a series of lifestyle technology products as part of our Mi ecosystem range by investing into and incubating hardware start-up companies expanding further into the customer electronics sector.

“Although Xiaomi is a very young company, we are growing at an unprecedented pace,” he adds.

The Beijing-based tech company, branded simply as Mi, produces not only smartphones but drones, rice cookers and all kinds of technology. Its 2015 decline was attributed by CFO Shou Zi Chew to doing too much too fast, which is understandable given the company had risen from nothing to a $10bn revenue business within four years.

Having regained momentum, shipment surged again by 59% year-on-year in 2017’s second quarter, totalling 21mn at that point. Xiaomi is now the fifth largest smartphone supplier in the world and isn’t far off rival Oppo, which has an 8.1% market share to Xiaomi’s 6.2%. The Big Three, of course, dominate the market, with Samsung holding 23.3% as of 2017’s second quarter.

For 2016-17, Xiaomi grew from 10,000 to 14,000 employees. The Financial Times has named Xiaomi “the third biggest handset seller in Indonesia and fourth in Russia”.

So, what does Xiaomi have to offer in competition with the giants? “Our vision ‘innovation for everyone’ is what makes us so different,” Wang explains. “We are committed to delivering quality products with honest pricing to our customers. We are able to do this because of our unique ‘triathlon’ business model with three pillars: hardware, internet and new retail.

“This model allows us to be the most efficient consumer technology company that can offer products with great technology and great design, at great prices, to our customers. Last, but not least, Xiaomi has a very strong engagement with Mi Fans and users: together we develop loyalty, passion and a strong bond that feels like a sincere friendship.”

So, after such a tough journey, the future looks positive for the Chinese Unicorn.

Wang points out that the company displayed a year-on-year growth of 102.6% during this period. “We just became the number one smartphone vendor in India,” he adds, with IDC having cited Xiaomi as holding a 23.5% market share in the country for 2017’s third quarter.

“To date, we have a presence in more than 60 markets around the world including Spain, our first market in Western Europe. We have opened 264 Mi Home retail stores in China and 158 Authorised Mi Stores with partners across the world.”

Now, Xiaomi is setting its sights more fully than ever on the Indian market, and last year announced it will make the subcontinent a priority over its other markets. India has a similar size to China with around 1.4bn consumers, and demand is high for cheap electronics in a more price-conscious market.

While Xiaomi currently has 60 markets, Chief Executive Lei Jun stated last year that India is one of the most promising in terms of shipment and scale of work, saying: “We have adopted the India number one Strategy, which includes design, research and development, manufacturing and supply… we became number one because our company is so small, so we focus all our energy on India. That’s why we have really supported India on the supply front.”

Wang goes on to explain: “India has a huge population and as more and more Indian people are set to come online over the next decade, many of them will likely do so through mobile devices. We made the decision to focus on India as we saw the huge demand for high quality products at accessible prices, and in turn the huge potential.

“In fact, India has increased priority in the company in some aspects, for example R&D to make India-focused products, and ensuring enough supply and stock for product lines sold in India. We are committed to sustaining the momentum in India.”

Xiaomi has opened a research centre in Bangalore, hiring local engineers while sending staff from China to support their new Indian team. At present the firm sells a range of about 100 products in China and 20 in India, but within three to four years it aims to sell 200 in India as well.

Having reached its 2017 target in October of that year, with sales reaching $15.07bn and 20mn smartphone shipments, Xiaomi has an aggressive target of 100mn shipments for 2018 – which it aims to fulfil by replicating its domestic success in India.

Other producers such as Huawei have chosen to stay focused on Chinese and European markets, as demand for pricier handsets is higher, so Xiaomi could avoid such competition by providing the cheaper handsets the market demands.

Xiaomi is not along in putting its faith in India’s burgeoning internet scene. Alibaba Cloud has confirmed it will open a new data centre in India, banking is consistently becoming digitised in the country, and Google has recently launched its Cloud Platform for India in Mumbai.

However, Wang is quick to point out that Xiaomi’s Indian adventure does not mean abandoning the lucrative Chinese market.

“There are undoubtedly a lot of challenges, however, competing on home ground with other Chinese smartphone companies helps us to further hone our business model and keeps us on our toes, as we believe that only the smartphone company with high-quality products and an amazing user experience will be able to breed user loyalty and sustain their business in the long term.”

It’s clear Xiaomi hasn’t forgotten its beginnings as a startup, and over the past few years it has invested $4bn in 300 Chinese companies. It now says it will invest $1bn in up to 100 Indian startups by 2022 – a key aim of which will be to gain more apps for their smartphones in the local market, thereby increasing use.

It was also announced in December 2017 that Shunwei capital, a venture capital firm partly owned by Lei Jun, will be investing in the Indian start-up scene. The company expressed faith that India’s mobile sector will mirror that of China, as more Indian users more from feature phones to reasonable-priced smartphones. The VC firm, which manages three US-dollar funds worth a collective $1.7bn, is currently investing in several mobile app companies, which in 2017 have included ShareChat, Slip, Mech Mocha and Pratlipi.

Wang explains: “Xiaomi has invested into a range of companies to provide a rich array of internet services and hardware products. While we focus on our core products, we invest in companies that are able to take us into new and exciting categories. We have reached a huge scale in just seven years because of the partnership/affiliation model.”

“For our Mi Ecosystem in particular, Xiaomi has developed a unique approach of incubating and investing in specialised companies to effectively expand our product line. In turn, they drive traffic to our e-commerce site and our offline stores and play a key role in enabling us to become a well-known brand for IoT and other lifestyle technology products.”

There’s no doubt that Xiaomi is now going strong and is eyeing future success and a bigger slice of the smartphone market. “We definitely have plans to become a world-class and truly global technology company that is present everywhere in the world,” says Wang.

He adds that the most important part about Xiaomi’s growth is that “Xiaomi is focused on making innovation available to everyone by delivering to our user quality products with honest pricing. In the international arena, Xiaomi is committed to the global market and we will continue to launch new products in more countries worldwide.”