Why Alibaba Cloud is doubling down in Southeast Asia 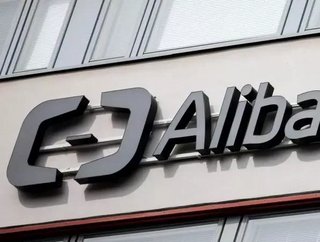 Amid fierce competition, Alibaba announces expansion of its cloud business in Southeast Asia, with plans to upskill developers and launch more datacenters

Alibaba has announced expansion of its cloud business within Southeast Asia, with the introduction of a digital upskilling programme for locals alongside acceleration of its data centre openings.

This doubling down of its cloud business in Southeast Asia comes as the company faces stiff competition at home in China from rivals including Pinduoduo Inc and Tencent and seeks to up its game in a region considered to be the fastest-growing in cloud adoption to compete with leading global cloud providers AWS, Google and Microsoft.

Alibaba Cloud, the cloud computing arm of Chinese e-commerce giant Alibaba and second biggest revenue driver after its core e-commerce business, finally turned profitable for the first time in the December 2020 following 11 years of operation, thanks largely to the pandemic which has spurred businesses and consumers to get online.

In 2020, there was a noticeable increase in interest towards cloud in SE Asia, with the population embracing digital transformation during the pandemic and SMEs across the region showing increased demand for cloud computing.

Such demand has led to the expectation that Southeast Asia is now the fastest-growing adopter of cloud computing with the cloud market expected to reach US$40.32bn in Southeast Asia by 2025 according to IDC.

And there are plenty of players vying for a slice of the cloud pie. While AWS, the cloud arm of Amazon, is the leading player in Southeast Asia (and across all of APAC apart from China), Microsoft and Google are the next two most dominant players in Southeast Asia with Alibaba coming in fourth.

“There is no doubt that during the past year we have seen the acceleration of digital transformation efforts across all industries,” explains Ahmed Mazhari, President, Microsoft Asia. “Asia now accounts for 60% of the world’s growth and is leading the global recovery with the digitalization of business models and economies. Cloud will continue to be a core foundation empowering the realization of Asia’s ambitions, enabling co-innovation across industries, government and community, to drive inclusive societal progress.”

At its annual Alibaba Cloud Summit, the Chinese company announced Project AsiaForward, an initiative designed to upskill local developers, small-to-medium-sized companies and connect businesses with venture capital. Alibaba said it would set aside US$1bn over the next three years to develop digital skills in the region, with the aim of helping to develop 100,000 developers and to help grow 100,000 tech startups.

But that’s not all. The company, which recently opened its third data centre in Indonesia, serving customers with offerings across database, security, network, machine learning and data analytics services, also announced it would unveil its first data centre in the Philippines by the end of 2021.

Furthermore, that it would establish its first international innovation centre, located in Malaysia, offering a one-stop shop platform for Malaysian SMEs, startups and developers to innovate in emerging technologies.

“We are seeing a strong demand for cloud-native technologies in emerging verticals across the region, from e-commerce and logistics platforms to FinTech and online entertainment. As the leading cloud service provider and trusted partner in APAC, we are committed to bettering the region’s cloud ecosystem and enhancing its digital infrastructure,” says Jeff Zhang, President, Alibaba Cloud Intelligence.

What other cloud providers are pledging in the region

This pledge by Alibaba to upskill both individuals and businesses follows Microsoft’s announcement in April that it was planning to upskill Malaysia’s population and would invest US$1bn over the next five years to build a new data centre centre in Malaysia.

This is the latest in a long line of pledges to the region by the US tech giant, which is fast accelerating the growth of its cloud datacenter footprint in Asia, expanding form seven 11 markets, and recently adding three new markets across Asia – Malaysia, Indonesia and Taiwan. Back in February, it announced plans to establish its first datacenter region in Indonesia and to skill an additional 3 million Indonesians to achieve its goal of empowering over 24 million Indonesians by the end of 2021.

And recent research by IDC shows that Microsoft’s most recent datacenter expansions in Malaysia, Indonesia and Taiwan alone are set to generate more than US$21bn in new revenues and will create 100,000 new jobs in the next four years.

Also last month, Tencent announced it has launched internet data centres in Bangkok, Hong Kong, Tokyo to add to its second availability zone opened in Korea last year and plans to add an internet data center in Indonesia, and Google has also been pushing into the enterprise space in Southeast Asia for several years now.