Why the ACCC is blocking Uber's new competition iHail 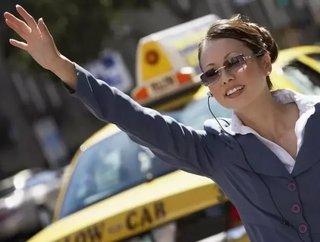 The Australian Competition and Consumer Commission (ACCC) has effectively denied authorization of the new ride-sharing app iHail, which is a proposed taxi service that would allow users to request the nearest cab regardless of company.

The app is a partnership between Aussie taxi networks, and was attempting to become the industry’s answer to Uber. However, the ACCC has blocked it due to the belief that would have significant public detriments and would potentially increase prices and hurt the quality of service.

Uber and other new competitors have put a lot of pressure on the traditional taxi industry to become more innovative in a pursuit to take a piece of the global market. But unlike Uber and other ride-service apps, iHail would allow passengers to book a cab at a future time while also allowing them to find one close by using GPS services.

“The iHail app would have a significant impact on competition in the taxi industry, which could impact prices and quality of service,” said ACCC chairman Rod Sims.

The ACCC anticipates iHail would entail more than half of the nation’s taxis, and possibly an even higher percentage in major cities it would operate in. The app’s initial partners were set to include Yellow Cabs, Silver Top, White Cabs and Cabcharge.

RELATED TOPIC: [Video] Partnership between Tesla and Uber could doom the taxi industry

In addition, the ACCC is against iHail’s intentions of allowing users to pay more upfront in exchange for priority taxi access as it would reduce access to the lower-class sections of cities.

Although the ACCC acknowledged the service would be a much more conducive method of requesting a cab, the consumer watchdog believes the affect it would have on competition is more important.

Now, iHail chief operating officer Nick Kings says the app has begun working closely with ACCC to make some changes to the proposed service, and expects a favourable finale decision. One of the possible changes would be giving customers the ability to choose between taxi companies to encourage competition between its members.

RELATED TOPIC: How Microsoft is helping Uber take over its industry

The rival service Cabcharge, which owns about a 10 per cent stake in iHail and would have provided its startup funding, says the ACCC’s decision won’t affect its own apps and payment services.

While iHail has been ready to launch since July, the ACCC has issued a draft determination of the app and will make a final decision before the end of the year.

In the meantime, ACCC will seek input from iHail and other ride-service companies before coming to a conclusion.