What does the arrival of Alipay mean for Kiwi consumers? 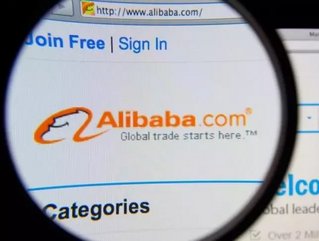 Chinese e-commerce giant Alibaba has joined forces with local foreign exchange dealer IE Money to bring the Alipay third-party online payment platform to New Zealand. The technology has already proved to be a hit in its native China, but how might it fare on Kiwi shores?

What is Alipay?
The system is designed to be a seamless payment link, much like PayPal is to eBay, and was launched in China in 2004. Today, it is said that Alipay is used more frequently than cash in China’s major cities.

Chinese consumers are also the primary audience for Alipay in New Zealand, purchasing local goods from retailers equipped to use the payment method.

How does it work?
When a New Zealand business opts to be ‘Alipayable’, it receives a unique Alipay QR code, which customers can scan with the smart device of their choosing. The consumer selects their chosen product and makes their payment to the seller via Alipay. Alipay keeps the money as escrow and lets the seller know that payment has been made. The seller then ships the product to the buyer and once the customer receives it, they confirm within their Alipay account.

Global expansion
"With the successful signing of a strategic partnership between a well-established local New Zealand finance company and the largest mobile payment company in the world, Alipay is officially launched in New Zealand, signalling the arrival a mobile payment era," the company said in a statement.

Alibaba has recently opened an Australian office which will also encompass New Zealand. In April, the company signed a memorandum with the government and is said to be working alongside the country’s business development agency, New Zealand Trade and Enterprise.