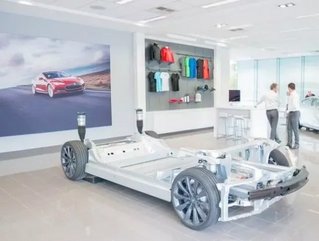 Although electric cars are already available in Australia, the arrival of American-made Teslas Down Under have many believing it will be a leader in the market, and may even threaten the fuel retailing industry.

Tesla joins Nissan, Mitsubishi, Holden and BMW in the Australian market, having already proven the company to be very successful in the United States. Tesla’s first Australian customers, who paid $117,000 for the Model S’s, received their vehicles and personal chargers at an event today, and were informed that the company is planning to introduce public vehicle-charging infrastructure sometime next year. Cheaper alternatives, which will be smaller, may be introduced by the company by the end of

Many are optimistic of Tesla’s success in Australia, as its battery life is much better suited to the market here than some of the other electric cars already on the market. For example, a Nissan Leaf needs eight hours to charge, and will go only 135 kilometres on that charge. A Tesla Model S needs just five hours to charge, and you’ll be able to get a whopping 480 kilometres on the same charge.

The implications of an active electric car market in Australia could be wide-reaching.

According to IBISWorld, the fuel retailing industry is expected to go by around half a percentage point annually over the next few years. This means the industry could reach a value of $41.1 billion. However, if these alternative, more energy-efficient transportation options continue to grow and become more popular, the likes of Woolworths and Coles could be hurting. This is all just speculation for now. And with the price on the new Teslas arriving on Australian shores, mass ownership isn’t quite an option yet.

Watch the video below for an inside look into how Telsa got one of their cars into Sydney’s Westfield Shopping Centre.