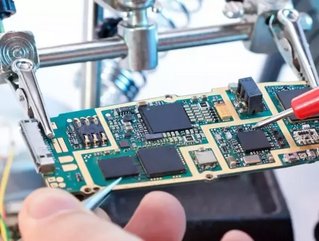 In a deal to be signed and announced today, Toshiba has selected a consortium led by US private equity firm Bain Capital to buy its NAND memory chip unit.

It was announced in January this year that Toshiba would be auctioning its flash memory unit in order to raise funds after huge losses sustained by its US subsidiary, Westinghouse.

The sale was reportedly necessary to avoid bankruptcy for the firm.

Toshiba is the second biggest flash-memory producer in the world after Samsung.

The negotiations have gone on for eight months with many companies entering bids including Foxconn, Amazon, Google and Broadcom.

The winning consortium will also include Apple, which already uses the flash drive in its products. Other members include Dell, Seagate, Kingston and SK Hynix.

The deal is reportedly worth $18.9bn, of which $3bn has been invested by Apple.

Toshiba’s board has come under increasing pressure to sell the flash memory unit from the company’s biggest lenders – which include three Japanese banks - to close the sale ahead of the March 2018 deadline. So far, the organisation has missed three targets to sell the business.

The deal will likely be delayed by anti-trust scrutiny and legal action by Western Digital, Toshiba’s partner in the joint-venture development of the NAND chip.