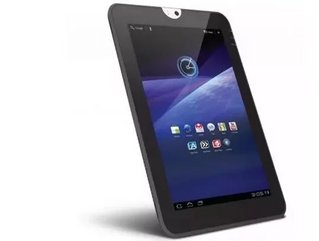 The tablet market is heating up as consumers clamor for more technological bells and whistles at more competitive prices.  Toshiba, the Japanese laptop maker, is the latest company to jump on the tablet bandwagon by releasing the AT100 Tablet in the Australian market.  It joins the Acer Iconia A500 which was also recently released in Australia.  These two tablet rookies will face off in the market and only consumer tastes will tell which comparable tablet will be left standing.

The Toshiba AT100 is called the “Tablet” in the Australian markets and the “Thrive” in other markets and is a 10.1 inch touch-screen device with a flat front and rounded edges. Though the AT100 is thicker at 15mm and bigger at 771 g than its competitors such as the iPad2, its rubberized back cover and texturized design ensures a no-slip comfortable hold with either one or both hands.

Next Generation of the iPhone Coming in September

Tablet of the Week: HP TouchPad

The Toshiba Tablet has a removable and replaceable battery accessible by removing the back cover and Toshiba also sells additional 6-cell batteries for $79.95. The battery can be charged to 90 per cent capacity in an hour; a convenient feature for frequent travelers.

The screen resolution is 1280x800 which offers a lower resolution display than its competition and reviewers have listed poor viewing angles and some screen display glitches.

Toshiba is going to release the Android 3.1 software in later weeks which will increase the screen refresh rates and adjust color reproduction. These updates will most likely fix most of the screen display glitches noted by reviewers and will be made available in the pre-loaded Toshiba Service Station app as an over-the-air (OTA) download in the coming weeks.