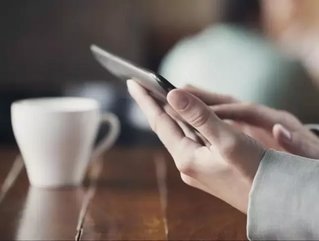 The funding round brought the company’s value to $400mn according to reports, and the proceeds will be used to expand Wattpad’s global entertainment effort, increase machine-learning activities and hire more staff.

Tencent to be part of China’s National AI Team

Apart fron Tencent, other investors included the Business Development Bank of Canada, Kickstart Ventures (a subsidiary of Globe Telecom based in the Philippines), Peterson Group (a private enterprise company based in Hong Kong) and existing investor Raine Ventures (an early-stage fund of the Taine Group, based in the US).

Wattpad currently has 65mn users who can “write and share stories from around the world”. So far it has raised $118mn in funding from investors in Canada, the US and Asia.

CEO Allen Lau said in a statement: “Entertainment is in a period of disruption, and how people find and experience stories is evolving. This new funding from Tencent and our other investors shows that confidence in out vision is growing alongside our revenue, our success and our community.”

Tencent has invested in other Canadian companies over the past year including being part of a $102mn funding round for Montreal based Element AI, and a $28mn investment in Kindred Systems, an AI robot manufacturing start-up from Toronto. In 2015 it invested in Canadian instant messaging start-up, Kik.