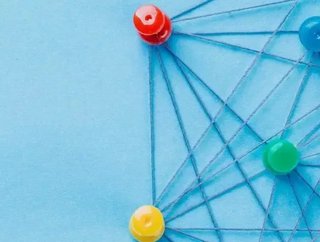 The telecom (telcos) industry must focus on superior network automation to become more agile and enhance the future customer experience, according to Tata Consultancy Services (TCS).

This new approach of network configuration is explored in a White Paper from TCS which reports it is an essential step in the evolution of telcos to prepare for the transformation of networks.

“The telcos of the future will be those that have built a strong, lean and automated network today,” say the consultants. By managing network configurations, telcos can optimise their capital and operational expenditures on the network but also become more agile and efficient.

The rapid use of smartphones and the adoption of cloud and Internet of Everything (IoE) technologies have triggered an unprecedented demand for communication services across global industries.

A growing need for connectivity is focusing telcos to develop network capabilities that match up to the need for a high-quality service for the consumer. The importance of network configuration lifecycle management will also be key in measuring and improving the quality of service (QoS) in the telecom industry.

The evolution of Software-Defined Networking (SDN), Network Function Virtualization (NFV) offer significant transformation opportunities, the paper reports, but only to those that are ready to invest and explore beyond traditional services.

“The IT spend forecast for the global telecom sector by Ernst & Young, set to rise and touch $85 billion USD by 2020, is an indicator in this direction,” states the White Paper.

A focus on keeping up with new developments is critical for telcos but core capabilities should not be ignored, says TCS.

“With the upcoming developments in 5G and the IoE expected to generate further demands on the industry, the telecom network will become the bedrock on which competitive success will be built…It is no wonder then that network has emerged as the single most critical priority for investments in the near future,” states the paper.

TCS has proposed a four-step transformation for the management of network configurations.

Care must be taken to ensure configuration files are backed up for all the critical elements in the network. This should be automated with a provision to maintain version control and raise alerts in the case of failed backups.

The next step would be to study the various element configurations in the network to identify how they affect the security, performance, availability and other network service factors.

This is the most essential step in upgrading the network, reports TCS.

Whether developed internally or implemented through a third-party, such an audit tool will be irreplaceable. The audit system must be capable of monitoring the network elements at a regular frequency, either at a pre-defined interval or on a trigger immediately after a configuration change.

It must be able to estimate the impact any configuration changes will have on the identified service parameters and raise alerts for those that do not comply with the fixed set of audit rules that are established.

In the event of a breach, the system should either alert the concerned authorities or be able to act by rolling back automatically and avoid similar incidents in the future.

This may be taken to the next level through the automation of configuration file generation for different devices or elements in the network. This will be especially useful where many devices are deployed on the network every day.

The paper concludes, “the telcos of the future will be those that have built a strong, lean, and automated network today.”