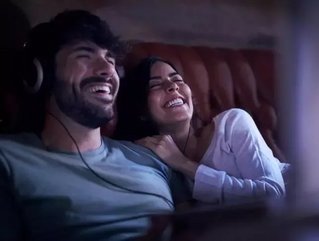 Revered Japanese animation house Studio Ghibli is bringing its films to streaming platforms for the first time ever.

In an exclusive deal with the upcoming US streaming platform HBO Max, the “complete” library of Ghibli films will be made available on the service. The deal to feature the films was made between HBO Max and North American Ghibli distributor GKIDS.

The only offering conspicuous in its absence is the 2016 co-production with Dutch animator Michaël Dudok de Wit, The Red Turtle. That film’s unique status in the Ghibli ouvre is likely the cause of its exclusion, as it involves a number of other production companies aside from Studio Ghibli. The 2013 film The Wind Rises will appear in a delayed capacity in “Fall 2020”, while there is no mention of the studio’s upcoming feature, How Do You Live?.

Aside from that, this a comprehensive offering, with the full list reading as follows: Castle in the Sky, The Cat Returns, From Up On Poppy Hill, Howl’s Moving Castle, Kiki’s Delivery Service, My Neighbor Totoro, My Neighbors the Yamadas, Nausicaä of the Valley of the Wind, Ocean Waves, Only Yesterday, Pom Poko, Ponyo, Porco Rosso, Princess Mononoke, The Secret World of Arrietty, Spirited Away, The Tale of The Princess Kaguya, Tales From Earthsea, When Marnie Was There, Whisper of the Heart and The Wind Rises.

“We are excited to be working with HBO Max to bring the complete collection of Studio Ghibli films to streaming audiences in the US. As a premium content brand, HBO Max is an ideal home for our films,” said Koji Hoshino, Chairman of Studio Ghibli. “Upon launch of the service this spring, existing Ghibli fans will be able enjoy [sic] their favorites and delve deeper into the library, while whole new audiences will be able to discover our films for the first time.”