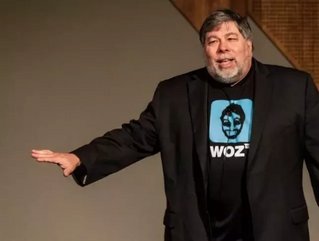 Steve ‘Woz’ Wozniak, Apple co-founder and the man credited with designing the Apple I and Apple II computers, has accepted an adjunct professor position at University of Technology Sydney. This is the first time the man who helped make the biggest company in the world famous has taken an adjunct appointment at any university.

Wozniak’s knowledge and mentorship will be on display at the Magic Lab (officially known as the Innovation and Enterprise Research Laboratory), in the School of Software and Centre for Quantum Computation and Intelligent Systems. Both focuses fall under UTS’s Faculty of Engineering and IT.

Although he is currently interacting with the student’s at UTS remotely via their telepresence device, students and professors alike are thrilled with his addition to the faculty.

"Woz loves the energy, the vibe and the robots in the Magic Lab," said lab Director Professor Mary-Anne Williams. "He beams in on our telepresence device to chat with students, share his latest ideas and entertain with jokes and the occasional prank.

“He’s a strong advocate for technology and its impact on society. He constantly highlights the new possibilities for technology to change the world and he will be working with us to help UTS reach its vision to be a leading university of technology."

The deputy vice-chancellor of research understands the levity of their new staff addition, sharing the mentorship from Wozniak will give students  a unique perspective on the technology industry.

"It's hard to imagine a more iconic mentor for UTS students than one of the most influential technology pioneers of the modern era," said Professor Glenn Wightwick. "His history aside, Steve Wozniak remains a leading voice in innovation and a promoter of creativity and ingenuity, especially among the young technologists who will take the next step.”