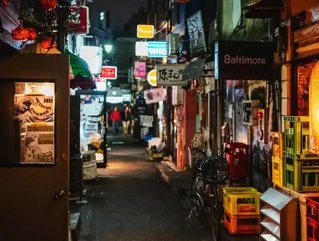 Southeast Asian ride-hailing company Grab has announced plans for expansion outside of its heartlands.

Initially only available to users in Singapore and the Philippines, the company is accomplishing its expansion in collaboration with Splyt, a UK-based service that connects existing ride-hailing offerings. In this case, users will be able to use the Grab app to access local services seamlessly. Users from other regions are planned to gain access in 2020.

In a press release announcing that partnership earlier this year, Mark Porter, Grab’s Chief Technology Officer for Transport said: “This partnership will unlock a world of options for the increasingly well-travelled Southeast Asian, letting them roam easily across the world through an app they already know and trust. At the same time, we’re excited to enable more international travellers to explore the beauty and diversity of Southeast Asia through safe and efficient transport options, whether in a taxi, private car, or even local favourites such as TukTuks and motorbikes”

The Japanese cities of Tokyo, Kyoto, Nagoya, Sapporo, Okinawa will all be covered, along with major middle eastern locations such as Dubai, Abu Dhabi, Doha, Istanbul, Cairo and Beirut.

Further smoothing the experience is Grab’s in-app translation service, with GrabChat allowing for translation between the driver’s and passenger’s languages.

Such capabilities seem a natural evolution of Grab’s previously expressed intentions to research and explore the use of AI. Earlier this year, Grab revealed it was investing $150mn into AI research over the next year, supplementing the $100mn it had previously invested. The investment was to be particularly directed towards fraud prevention and natural language processing.

Co-founder Tan Hooi Ling told Bloomberg at the time that local languages in Southeast Asia were “underserved”; the investment in natural language processing is thus seeking to address that deficiency, allowing locals to interact with the technology in their own languages.