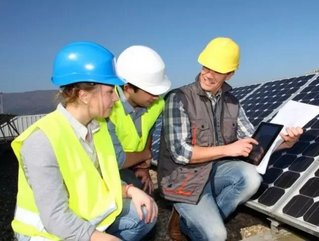 Green energy needs all the help and support it can get in Australia right now. Scientists in Sydney are certainly helping the renewable energy cause. What if within 10 years, solar-generated electricity could overtake coal as a cheaper form of energy?

A breakthrough has been made regarding the efficiency of solar panels, meaning potentially huge savings in green energy. Traditional methods employ only one solar cell, which limits the conversion of sunlight to electricity to just over 30 percent. This new technology splits the sunlight into four different cells, boosting the conversion levels to more than 40 percent. These record efficiency levels were reached in Sydney and replicated at the United States government’s National Renewable Energy Laboratory, validating the discovery.

"This is the highest efficiency ever reported for sunlight conversion into electricity," UNSW Professor Martin Green said in a statement. "We used commercial solar cells, but in a new way, so these efficiency improvements are readily accessible to the solar industry."

Although the current discovery is geared more towards commercial and large-grid energy, Professor Green is looking forward to the renewable energy technology being used in residential areas on people’s homes. These solar panels currently have a 15 to 18 percent efficiency rate.

"The panels that you have on the roof of your home, at the moment they just have a single cell but eventually they'll have several different cells... and they'll be able to improve their efficiency to this kind of level," he told AFP.