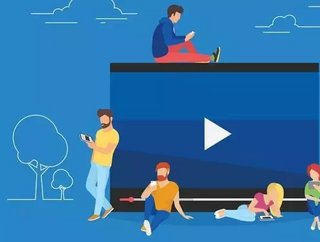 Weibo is directly translated as ‘micro-blog’ and that’s exactly what Sina Weibo embodies. The social media platform is often described as China’s answer to the likes of Twitter and Facebook, with it having recorded back in 2012 that 503 million of the total 640 million internet users in China had registered to the site.

As the Sina Weibo network has grown, the company has begun to probe into the market of live entertainment, most recently striking broadcasting deals allowing the Melbourne Cup and the Australian Open to be streamed on the network.

However, yesterday the Chinese authorities once again demonstrated their minimal tolerance policy by reinforcing strict regulations with the likes of Sina Weibo amongst other sites. State officials have demanded the shutdown of the emerging video streaming services offered by Weibo, AcFun and iFeng, stating that all three had breached the national audio-visual ruling by ‘propagating negative speech.’

With the hammer being brought down so hard and fast to implement the ban placed on these online video services, the future of any streaming platforms in China seems seriously in doubt with government scrutiny being so intense in this industry.

Just last week, 60 social media accounts had been shut down by regulators under similar rulings and whilst Weibo has not seen sanctions as harsh as these, they have certainly suffered from the consequences.

Weibo’s shares are already down 6.1% within a day, with SINA’s dropping 4.8% as a major shareholder within the business. The result is a $1.3 billion drop in the combined market value of both companies. In addition, Weibo will now lose out on the extra advertisement revenue that the live streaming and video had acquired; up 37% since the introduction of these services to the platform last November.

Although social media, video and live streaming are all still permitted in China, the government have certainly rocked the boat, now leaving the future of Weibo and other sites in a state of serious uncertainty moving forward.