The sexiest smartphones on the market 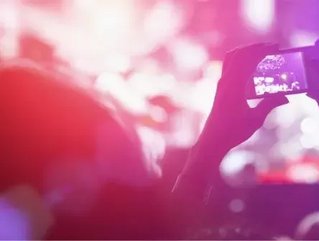 When it comes to investing in your next smartphone usability has to be high on your list of priorities but so does sex appeal. This month in Business Review Australia we take a look at some of the sleekest, sexiest and most stylish smartphone on the market. But don’t worry; all of these handsets also pack a punch when it comes to battery life, cameras and operating systems.

The Moto X has been criticized for having decidedly mid-range specs, but what it lacks in storage and camera quality it makes up for in looks. This is a very stylish smartphone. The Moto X is the collaborative effort of Motorola and Google and has a lot of things going for it. Designed with usability in mind the phone fits perfectly in your hand and boasts easy one-handed operation, it also has a great battery life and it’s the best software experience I have seen on an Android phone.

Unlike many Android operated phones, the Moto X seems to have the iPhone 5 in its sights rather than the larger screened workhorses such as the HTC One or the Samsung Galaxy S4. It comes with a number of customization options, meaning that users are not limited to black and white only. The phone feels great to hold, its robust and weighty – the material is solid and not too plastic and the buttons work properly too, there is nothing worse than having a cheap feeling handset.

The Moto X is all about user experience and very clean. By that I mean there is no overbearing unnecessary technology gimmicks, no frozen pointless applications and no virtual assistant to drive you slowly insane each day. It comes out of the box with an almost empty home screen and directs you to its store, where you can choose your own, often very useful apps and features. With the iPhone, every function is there to make the users life easier, the Moto X feels very similar. As Apple’s Jony Ive once said, the aim is to make the technology disappear.

A lot of thought has gone into the Moto X, even down to the home screen graphics and ringtones. The end product feels exciting; you get that ‘new phone’ buzz from it. Okay, so there are a few things like photos are a bit low light but overall I am super impressed with this phone. It works, its convenient, its un-intrusive and its instinctive to use. Big tick from me.

The iPhone 5S has been the talk of the town in the smartphone world, since CEO Tim Cook revealed it last month at Apple’s Cupertino HQ. Complete with a fingerprint scanner and an improved camera, while being up to twice as fast as the previous generation, the iPhone 5S is set to be another successful smartphone entry.

Starting with the look and feel of the highly anticipated addition to the A* iPhone family, the 5S looks very similar to the 5 apart from the obvious addition of the gold version (which surprisingly is getting rave reviews… who knew). It also has a different home button, which is flush to the phone rather than curved and without the signature square icon.

The camera has been considerably improved as well, by physically increasing the size of the images sensor, which will make a difference to the quality of images particularly in low light conditions. The 5S also has a burst mode (taking up to 10 shots per second) and a slo-mo option for video, both of which will be perfect for action shots.

The most talked about feature of the iPhone 5S seems to be the Touch ID fingerprint sensor, which is Apple’s first attempt at a fingerprint reader. Located under the traditional home button, the scanner allows users to access their phone without a pin number but also purchase apps and software updates. The sensor is a major step forward in phone security and is being hailed as a great first foray into the technology by experts. Of course the update comes with a brand new operating system OS 7, which has given all Apple’s super user-friendly apps and features an update, no faults there.

The main thing for me is the fact that the fingerprint sensor could seriously enhance the user experience by doing away with damn passwords. The look and feel is strong as ever and the battery life and internal processors have had a revamp too. I give this five out of five.

This handset just oozes style, especially in dark grey and white. When I first saw a picture of it I actually went, “oooooh” – always a good sign. Speak to most phone critics and they will tell you that the 1020 is very similar in user experience to the Lumia 920 and the smaller 820, and they would be right. The only real differentiator is the 41MP PureView camera with Xenon flash.

The Windows 8 platform is like Marmite, you either love it or you hate it, and this phone will not sway you otherwise. It still offers the tiled home screen, which you can customize with different wallpapers and apps (although there is a lack of app support which can put a lot of people off). The main selling point about this phone is its 41MP camera. It has a large camera module on the back, which actually makes this phone more like reviewing a camera.

Nokia Pro Cam is the default camera app, and it's intuitive enough if you have any experience using a DSLR or compact camera. It offers more control over focus and exposure than most smartphone cameras, but Nokia's claim that many of these features are found only on a DSLR isn't entirely true. You can also ignore all those fancy features and just tap to focus and let the auto settings on the camera do the rest for you.

For users who are looking for a simple phone with a great camera, this is the option for you. It’s lightweight, extremely stylish, and perfect for people who need to take decent photographs on the go. I am certainly a fan.

In terms of power and brute strength, the HTC One is probably the best smartphone on the market right now. With a full HD 4.7 inch screen and sharp resolution, this phone not only looks great, but also has a hefty CPU and RAM combo that is practically unrivalled.

When it comes to phones, the feel in your hand is really important. The HTC One is the perfect weight and shape and is nice to use. It doesn’t feel plastic; it feels like a well thought out gadget, one that is going to last you more than 15 minutes.

The speakers on the HTC One are also powerful and give off a good sound, not too tinny. And from what I can tell the metallic coating is not easily chipped. Obviously in time there will be normal wear and tear but you don’t have to wrap this phone in cotton wool.

Overall the HTC One is a great smartphone, its robust and has a hefty operating system. Its storage is unrivalled and it has a very fast processor. I am also a fan of the wide screen (although sometimes navigating it with a thumb only takes some stretching). It has the curved rectangular look, which seems to be popular at the moment, but also has a smooth curved back that makes it a little different. Great for those looking for a wide-screened powerhouse.

Let me start by saying that this phone made the cut because of its sexy design. It’s a hot phone, no doubt. It has a sleek finish, a lightweight and thin design and is dust and water-resistant. The Sony Xperia Z also has a big, bright screen and takes really strong pictures, in fact it was the Sony Xperia that coined the phrase ‘phablet’ for its truly phone / tablet design.

The Xperia Z is the most attractive Sony smartphone to date, probably because they have done an excellent job of hiding power buttons, volume controls and speakers, giving it a very sleek, high-end look. Its also water resistant up to 1.5 meters for 30 minutes (in theory), which makes is a brilliant choice if you work out in the field.

The biggest selling point of the Xperia is the massive 6.4-inch display, but personally I also find that a bit of a drawback in a phone. It’s hard to handle with one hand, so answering an email or a text message quickly can be a challenge.

The Sony Xperia really epitomizes the term ‘phablet’ – it does a lot more than a phone, but it isn’t quite up there in terms of full tablet capability. I love the design and the displays and battery life are good. Its app service lets it down somewhat but I wouldn’t write this off completely. Overall I really liked the product.