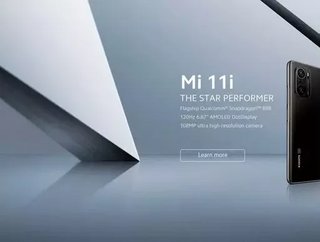 Smartphone brand Xiaomi passes Apple in terms of market share in Europe for Q1 2021, now only behind Samsung, according to research by Canalys...

Chinese smartphone manufacturer Xiaomi is now the second bestselling brand in Europe, behind Samsung, after passing Apple in Q1 2021. 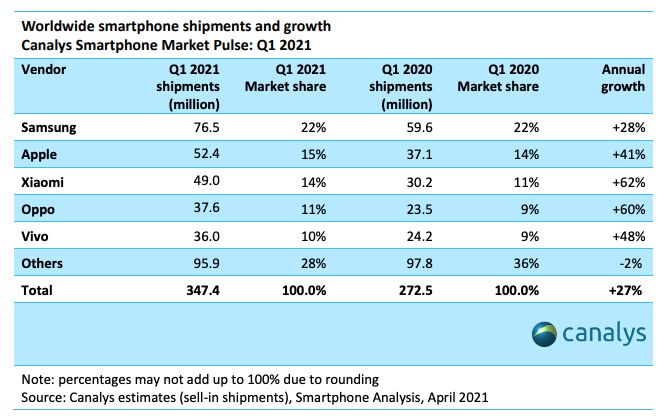 “Its competitors offer superior channel margin, but Xiaomi’s sheer volume actually gives distributors a better opportunity to make money than rival brands. But the race is not over. Oppo and Vivo are hot on its heels, and are positioning in the mid-range in many regions to box Xiaomi in at the low end. Xiaomi is leading the pack, but the race has only just started.”

Huawei, the former world number one has dropped to seventh place, as a result of controversies and sanctions related to alleged links to the Chinese government. Huawei handset sales in Europe have dropped 81% and many analysts equate Xiaomi’s rise with Huawei’s downfall.

Xiaomi is a new entrant in the European market and leads a new breed of Chinese smartphone brands enjoying phenomenal growth – such as Oppo, which has seen 153% year-on-year growth in Europe. Vivo, another Chinese brand, completes the top five brands.

There is also a clear divide between brands in Eastern and Western Europe, with budget brands fairing far better in the former.

Xiaomi Corporation was founded in April 2010 and listed on the Hong Kong Stock Exchange in 2018. Xiaomi is an internet company with smartphones and smart hardware connected by its Internet of Things (IoT) platform.

The company ranked third globally for smartphone shipments in Q1 2021 and has the world’s leading consumer AIoT platform with 324.8 million smart devices (not including smartphones or laptops) connected to its platform.

Xiaomi products are sold in more than 100 countriesd and it is on the Fortune 500 list.

At the end of March, Xiaomi announced it was entering the smart electric vehicle market, investing US$10bn over the next 10 years.

“Smart electric vehicles represent one of the largest business opportunities in the next decade and represent an indispensable component of smart living,” said Lei Jun, Founder, Chairman and CEO of Xiaomi.

“Entering this business is a natural choice for us as we expand our smart AIoT ecosystem and fulfil our mission of letting everyone in the world enjoy a better life through innovative technology.”