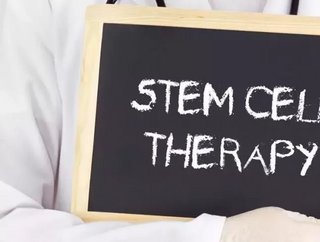 In an attempt to discover a cure Parkinson’s disease and other brain degeneration diseases, U.S.-based International Stem Cell Corporation (ISCO) will have a world-first trial for an innovative stem cell therapy at Royal Melbourne Hospital.

The trial will be run by ISCO’s Aussie subsidiary, Cyto Therapeutics, and will consist of 12 Parkinson’s patients who will be injected with neural stem cells before being observed for one year. Doctors will monitor the subjects to see if they are able to boost the brain’s capacity to produce and release the chemical messenger dopamine, which is lost in Parkinson’s patients.

“Dopamine is one of the most critical neurotransmitters or chemical messengers in the brain, and the loss of this neurotransmitter is directly linked to the development of the cardinal features that include stiffness, slowness and shaking,” said Melbourne neurologist Dr. Andrew Evans.

“It’s hoped that through replenishment of the dopamine through these neural stem cells, which show some capacity to differentiate into obviously dopamine producing cells in the annual models, we are hoping to restore some of the functions in patients with Parkinson’s disease.”

Australia was chosen to host the initial phase one of the trial due to its high standard in clinical research as well as its culture of innovation. If the first phase is deemed successful, larger trials in Australia, the U.S. and Europe will commence within the next couple years.

With Japan establishing itself as the global hub of stem cell technology, stem-cell based regenerative medicines can be made available in Japan only if it makes it past phase-two trials. So unlike other countries, this will require a third round of clinical testing.

Parkinson’s disease affects nearly 10,000 people across the globe, including 80,000 Australians, with symptoms including movement restrictions, shaking, dementia and other behavioural problems. According to ISCO chief scientific officer Dr. Russell Kern, a single injection of the stem cells could generate a lifetime supply of neurons.

Successful preliminary and subsequent trials would be a revolutionary breakthrough for using stem cells to treat other diseases that cause brain degeneration, including ALS or Lou Gehrig’s disease.

Because so many Aussie companies are creating new ways of extracting stem cells from human tissues such as flood and fat, the federal government views stem cell technology as a way to stimulate the nation’s economy.