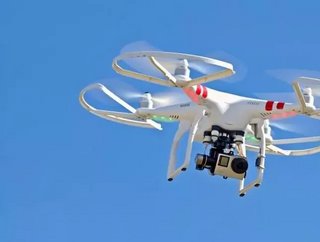 Mining giant Rio Tinto is leading the charge in changing the way mines are operated, as it has begun incorporating drones into its mining efforts. Along the way, it has also found some interesting ways to use the technology.

Covering large areas of land in between mines, ports and railways, Rio has recently used drones to inspect powerlines that can be as long as 400 kilometres. It’s also using the technology to monitor stockpile inventories and inspect geological formations issues within mines, such as checking out pit walls that are either expensive, dangerous or physically impossible for humans to fit.

Not only does that put humans in harm's way, especially when inspecting difficult-to-reach mine elements, but the cost is also outrageous. Renting a helicopter to inspect power lines can cost as much as $2,000 an hour, while hiring someone with a drone is more like $200 an hour.

“Drones on their own aren’t really worth much at all,” said Rio Tinto executive of technology and innovation, Greg Lilleyman. “It’s what you get it to do, that’s the interesting stuff.”

Much of this originates from Rio’s Mine of the Future initiative, which is centered around ways to extract minerals from deep within the earth all while reducing environmental impact and improving safety.

With commodity prices trending downward, keeping costs at a minimum is crucial. It’s one of the reasons Rio has cut its spending drastically. Between 2013 and 2014, its capital spending dropped by almost 40 per cent. However, with the need to maintain equipment, even mining giants like Rio can’t afford to cut its spending too much further.

RELATED TOPIC: Impact of Rio Tinto putting its aluminium assets up for sale

Instead, Rio is refocusing on its best projects while trying to save money anyway it can along the way. Using a drone doesn’t impact its business in any way, as they’re still getting the same information as it was before. And as drones become more and more advanced, the jobs they can do and the savings they create makes it a major enhancement for the company.