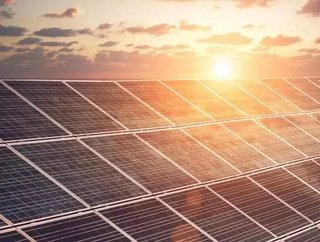 The collaboration is in recognition of RayGen’s potentially revolutionary development of ‘PV Ultra’, a unique piece of technology capable of capturing both solar and heat energy. In a previous article, Business Chief explored its specification:

‘PV Ultra’ tech is able to simultaneously generate electricity from light and heat at an energy efficiency of almost 90%. The company’s own estimate places PV Ultra panels as 4,000 times more powerful than regular PVs.

Investment at a crucial time

Photon’s deal with RayGen includes a minority equity investment and a joint commitment to developing a 1,000 MHh solar project.

Regarding the exciting possibilities that PV Ultra could bring to the energy industry, Georg Hotar, CEO, called this the first in a series of moves aimed at accelerating the upstream solar industry.

“The elimination of solar energy’s intermittency and ensuring its 24-hour availability at grid-competitive cost is the holy grail and RayGen has found it.

“Our partnership with RayGen will enable us to address a vast new universe of opportunities both on-grid as well as in off-grid remote locations including islands,” he said.

“The RayGen PV Ultra module is the most efficient way to convert solar energy into electricity to date,” he added.

“The RayGen technology is a massive step forward providing cost-effective baseload, inertia and on-demand power as an integral part of our future energy supply.”

RayGen’s maiden deployment of its technology will be a 4 MW project in northwestern Victoria, combining PV Ultra with its thermal storage innovation ‘Thermal Hydro’.

Capable of storing energy for approximately 10 hours of energy, Thermal Hydro will store the energy generated by tower-mounted PV Ultra panels as a temperature difference between two water reservoirs: one heated by PV Ultra electricity generation and the other chilled by refrigeration also powered by the panels.

The result could be a powerful clean energy source and a valuable step in Australia’s journey towards renewable energy nationwide.