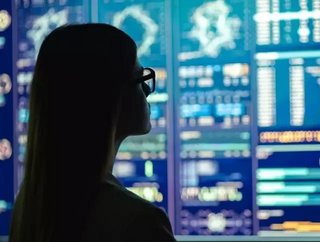 Palantir Technologies Japan is to be a jointly-owned technology company, with a stated focus on the security, health and wellbeing of Japanese organisations and society. Like Palantir itself, Palantir Japan will operate platforms for data visualisation and analysis, albeit with a japanese focus.

Koichi Narasaki, Group Chief Digital Officer of Sompo Holdings and CEO of Palantir Japan said in a press release: “Real operational data, abundant in Japan, is transformed into scaled productivity and operational success in every business through the use of Palantir's technologies. I am committed to unleashing this digital transformation for all Japanese industries and helping them achieve their goals smarter and faster.”

Palantir’s primary offerings are its Gotham and Foundry platforms, which are able to demonstrate the linkages between and provenance of data points, as well as track changes over time via the concept of versioning. Describing what it does as ‘data-logic’, the digital transformation of data it provides has applications in fields as diverse as law enforcement, insurance, manufacturing and defence. Customers include the likes of Airbus, BP and the US Army.

Alexander Karp, Co-founder and CEO of Palantir said: “We have the privilege of partnering with some of the most innovative and enduring companies in the world including Sompo, a leader in its field whose business helped to define an industry. Our investment in Japan reflects our belief that the union of industrial expertise, built over decades on the front lines of business, with the right software will be the primary driver of economic outperformance moving forward.”

Perhaps curiously for a data company, and considering the company it keeps, Palantir also claims to be dedicated to privacy and civil liberties. That’s certainly an interest of Chairman and co-founder Peter Thiel, who made his fortune as a co-founder of PayPal. One of libertarian Thiel’s initiatives involves offering young people $100,000 to drop out of university.