Otto Energy looks to cash in on offshore drilling in Philippines 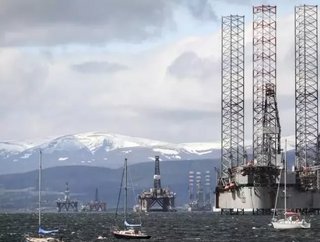 After a steep decrease in the cost of drilling rigs in the BHP Billiton-funded exploration of an offshore well in the Philippines, Australian company Otto Energy Ltd is looking to take advantage in a deal that could have massive ramifications if everything goes according to plan.

With the oil price drop pushing down services costs, the well is now expected to cost between US$30-35 million, compared to US$50 million prior to the slump. The project, known as Otto’s Hawkeye-1, has its sights set on a 112 million barrel oil well in the Philippines offshore region in Southern Palawan.

Although the main objective of finding oil is only estimated at 27 per cent, there is a very good chance of finding gas, which is believed to be as high as 70-80 per cent. As part of the partnership, BHP will provide US$24.5 million from pulling out of a deal in the Philippines last year, where it returned its 60 per cent interest to Otto despite having already paid approximately US$30 million.

Meanwhile, the Australian oil and gas exploration company, Red Emperor Resources NL, previously signed an agreement with Otto Energy to provide funds in exchange for a 15 per cent stake in Service Contract 55. An underwater block in the middle of a known regional oil and gas area, SC55 extends from the offshore Borneo region in the southwest to the Philippine production area northwest of Palawan.

Red Emporer intends on raising US$4.4 million through its brokers in Australia and London, as an application has already been made to the London Stock Exchange for admission of placing shares to trade.

This will ensure that Otto is completely funded, and has reduced its financial risk associated with the drilling of Hawkeye-1. In addition, Otto has agreed on a Letter of Intent with Maersk Drilling to supply a rig that will drill Hawkeye, which will begin in late July and take about 23 days to complete. An ultra-deepwater drillship, Maersk Venturer is among the most modern and advanced drillships in the world.

The size of the project along with Otto’s significant investment could be a company-changing event. Otto currently has about 78 per cent interest in the venture, and has already completed planning operations to drill such as well design, planning studies and procurement.

Many believe the Hawkeye well has tremendous earning potential, as success there will unlock significant new amounts of hydrocarbon in the area. However, Otto is also looking for other new opportunities as well, including Western Australia’s onshore Perth Basin, the Gulf of Thailand and possibly Indonesia.