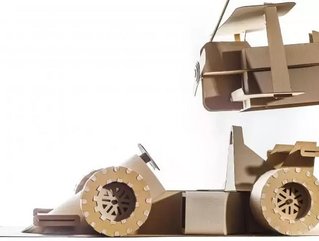 Japanese game producer, Nintendo, has announced it will release a series of interactive cardboard accessories to work alongside its Switch range of consoles.

The accessory line will be called Nintendo Labo and will consist of modular cardboard sheets that can be folded into models (called “toy-cons”) of keyboards, motorbikes, fishing rods, robots and more, according to CNBC.

The Switch consoles, and detachable “joy-con” controllers, can then be inserted into the Labo toys to play various games. The consoles will use sensors to detect movement and the game on the screen will synchronise with this.

eSports has made it to the Asian Games

Nintendo of America’s COO, Reggie Fils-Aime, described the new range as “an exciting evolution of the Nintendo Switch platform – one designed to inspire curiosity, creativity and imagination in people of all ages”.

CNBC has said the DIY kits “are poised to be an additional revenue source for the Japanese firm” and that investors appear to be impressed since Nintendo shares closed up 2.36% on Thursday in Tokyo, “beating the broader market”.