Asia’s stake in the self-driving race for success 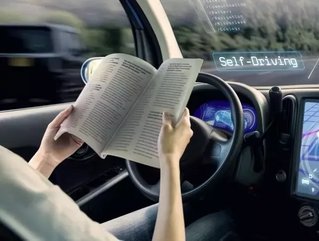 Mandeep Baweja, CPA Global Managing Director, India, discusses developments in the autonomous vehicle space and whether China could pip the US to the post.

Self-driving car sales are expected to hit 21mn by 2035 and with growing competition between companies in the automotive and technology sectors, the US, Europe and Asia are all investing in autonomous driving.

Home to Apple, Google, Microsoft and Uber, the US has long been viewed as the industry frontrunner. However, the pace of development in China is rapid and Asia is quickly asserting itself as a significant market for autonomous driving innovation. China is now the country vying to leapfrog the West and displace the US as market leader.

This is further evidenced by patent filings in autonomous vehicle technology. These have increased rapidly since 2009, when Google first invested in self-driving research. The US, China and Japan top the list of major jurisdictions for autonomous vehicle patents while America’s Google and China’s Baidu lead the market.

Baidu Vs Google: who will take the lead?

Analysts predict Baidu will be the market leader in China, a market that could be worth more than $100bn by 2025. In recent years the search engine operator has positioned itself as an artificial intelligence (AI) company, developing autonomous car software for self-driving vehicles and vowing to release a driverless car this year.

AI is seen by many as the backbone technology of the ‘fourth industrial revolution’ and its application in the development of smart cars is now a national priority, according to China’s latest three-year plan, unveiled in December 2017. As a result, start-ups and venture capital investors in China are ploughing billions of dollars into developing the future of mobility.

At the CES show in January 2018, Baidu COO Lu Qi said that China is rapidly closing the gap with the US in AI, thanks to strong government support and the country’s huge population size – both key ingredients in promoting the development of the technology.

Significantly, the Chinese government named autonomous vehicles as a key sector for innovation in ‘Made in China 2025’, setting a target for half of all new cars sold in China to be equipped with advanced autonomous driving technology by this date.

With driverless technology still relatively new, regulators need to spend time assessing and creating laws that will proactively govern autonomous driving in the future. This is where China and Chinese companies have an edge.

In an interview with CNBC, Michael Dunne, president at Dunne Automotive, said; “[the] Chinese government can, and will, facilitate autonomous driving sooner than we will in the United States. There's more to it than just technology. Regulation matters a lot."

China is governed by a single political party and this means that the decision-making process is faster and simpler than in other countries. It would not be unprecedented for a new self-driving law to be agreed within 24 hours.

Asia is proving to be a continent that can progress ideas quickly and safely. Supported by a nation of people willing to trial autonomous vehicles and a government focused on facilitating a profitable new industry, I feel that the future is bright for self-driving technology in China.