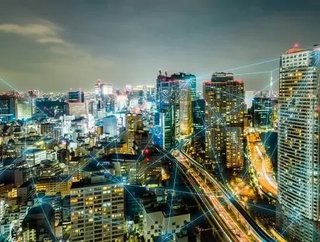 Australian telcos have been busy revealing their plans for 5G and how their new networks will change the way consumers and businesses operate.

Optus has made the bold move to commit to 5G rollout in key metro areas by 2019, while Telstra recently opened a new 5G innovation centre on the Gold Coast.

However, when a technology like 5G is evolving and hype surrounding it spreads, many myths often grow.

With this in mind, Keysight Technologies has identified nine common myths about 5G and the reality behind them:

1.  Higher speeds to users. One of the key goals of 5G is to provide high-speed data to users, however low latency and massive scale are other key objectives.

3.  Smartphones will lead the charge to 5G. Smartphones were established in the 3G era and virtually exploded. However, 5G will not only enable faster and better smartphones, it will also lead to mass-market consumer devices, sensors, and applications for smart homes and cars, and other Internet of Things (IoT) devices.

4.  5G is only for short-range, line-of-sight communication. 5G uses mmWave bands, which are ideal for very short ranges. However, ongoing experiments demonstrate how techniques such as beamforming can achieve greater ranges to users in challenging environments beyond line-of-sight.

5.  5G will only be used in very high bands. Although 5G will be deployed in very high millimetre wave (mmWave) bands, it will also re-use spectrum in lower bands, both licensed and unlicensed.

6.  4G LTE will be replaced. 5G will coexist with 4G LTE for a long time to come. 4G has plenty to offer for many current applications such as voice, data, and even IoT.

7.  5G will be a revolution, not an evolution. There is still plenty of evolution from LTE-A Pro technologies such: as carrier aggregation (CA); massive multiple input/multiple output (MIMO); quadrature amplitude modulation (QAM); unlicensed spectrum (LTE in unlicensed spectrum or LTE-U, License Assisted Access or LAA, and MulteFire, among others); IoT; and virtualisation.

8.  5G will be required to drive IoT. IoT will initially be driven by LTE-A Pro where NarrowBand IoT (NB-IoT) is specified. In addition, other low-power technologies, such as Long Range Wide Area Network (LoRaWAN) and Sigfox have been defined for IoT.

9.  The 5G winners will be the operators and vendors. Mobile network operators, network equipment manufacturers, and smartphone manufacturers were the primary business beneficiaries of 4G LTE. However, 5G will transform many industries, including car manufacturing, agriculture, health and medicine, and many more.

Will Sitch, Director of Industry and Solutions Marketing at Keysight, commented: “While the technologies that will constitute 5G are still being worked on, it is clear to see that there will be three main usage scenarios for 5G.

“These are enhanced mobile broadband, which will deliver a faster and more enjoyable connected experience to us humans, massive machine-type communications that will create an environment for coffee cups to tell the coffee machine when their payload needs to be recharged, and ultra-reliable and low-latency communications, which will enable robotic surgery, autonomous driving, and maybe even drone delivery of pizza. There is an exciting new future on the way based on these technology changes.”