Next Generation of the iPhone Coming in September 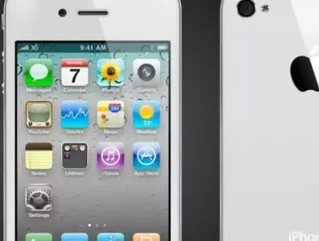 Rumours are circling in the tech world that the next generation of the iPhone is on its way.

The Wall Street Journal reported Wednesday that tech giant Apple has ordered key parts for a thinner, lighter iPhone that is expected to be available by the end of September. People close to the matter told the WSJ that the new iPhone will have an improved eight-megapixel camera and will operate on Qualcomm Inc.’s wireless chips. Not much else is known about the newest edition of one of the world’s most popular smartphones.

Typically Apple releases a new smartphone each June but it is believed that Apple’s delay of its normal release is a result of the Japanese disaster that has halted production on many of the iPhone’s integral components, including ones from Taiwan-based assembler Hon Hai.

Hon Hai Chairman Terry Guo said in June that the yield rate of Apple’s touch-screen devices hasn't been productive enough and has hurt its profitability. "The touch-screen devices are so thin. It's really difficult to install so many components into the iPhones and iPads," Gou said. "We hope to raise the yield rate and volume in the second half, which will help improve our gross margin."

Apple said in June that a new version of its mobile operating system would be available this fall fueling assumptions that the newest iPhone would also be introduced at the same time.

The iPhone comprised about half of the company's $24.7 billion in revenue in the quarter ended March 26.