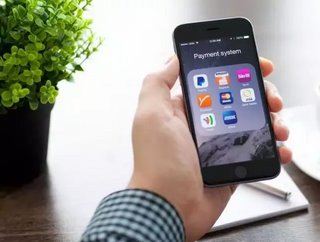 It appears 2016 will be the year of the digital wallet in Australia.

A joint venture between Samsung and MasterCard called Samsung Pay recently began trials in South Korea, and is scheduled to launch in Europe and the United States before hitting Australia in 2016.

The Korean smartphone company initially unveiled the project earlier this year in an attempt to rival Apple Pay, and will allow consumers to pay for items by scanning their mobile devices instead of swiping a credit card.

RELATED TOPIC: Xiaomi and Huawei look to challenge Apple and Samsung in Australasia

The system is set to launch in South Korea on August 20, while Samsung Galaxy S6 and Galaxy S6 Edge will be the first phones with the feature.

In a statement, Samsung Australia recently said its “working with local financial institutions to customize Samsung Pay with an anticipated launch in 2016.”

Although the Samsung Pay and rival Apple Pay seem nearly identical, there are a couple differences between them. Despite both supporting Near Field Communications (NFC), Samsung Pay also supports Magnetic Secure Transmission (MST) technology in existing point of sale devices, which it obtained from LoopPay after acquiring it earlier this year.

RELATED TOPIC: Apple Pay: Australians Are Ready for It, Is Your Business?

This will make it very convenient for retailers who now won’t need to upgrade their terminals to support the service.

Like Apple Pay, Samsung customers will pay by putting their device near the payment terminal and verify it either with a code or fingerprint. The app allows users to reserve multiple credit cards for use, but the actual data is not stored on the device or sent during a transaction. Instead, Samsung uses a variety of security technology and an encryption system to keep your personal information safe.

Some view this development as a way Samsung can get an edge on Apple, which will announce its new iPhone 6S in a matter of weeks. Apple Pay has struggled to gain traction in Australia, as the system has been at odds with several major Aussie banks.

RELATED TOPIC: The Security Pyramid: Building a Base for Global NFC Adoption

The platform needs a deal with the bank that issues the credit card, and the struggle between Apple and Australia’s largest banks is mostly due to their unwillingness to give Apple a portion of interchange fees it earns each year.

National Australia Bank (NAB) is believed to be closest to reach a deal with Apple, although some question the need for it due to the technology and innovation of Aussie banking.

Looks like Samsung may have the upper hand this time around.