New BlackBerry Bold is the Thinnest, Most Powerful Ever 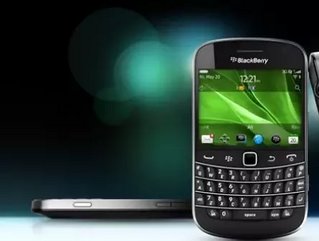 iPhones and Androids have been ruling the mobile market for some time now, but Research in Motion (RIM) is making a move to ramp up its shares by giving the BlackBerry some sleek new upgrades. RIM just revealed the BlackBerry Bold 9900 and 9930, which boast a design and update that makes them the thinnest and most powerful BlackBerries ever.

RIM is now offering a slew of other features that stand up to the iPhone and its Android rivals, like dual-band Wi-Fi, updated processor and onboard memory requirements, a better, Wikitude-augmented browser, new Facebook and video chat apps and software called BlackBerry Balance, which allows for a separation of personal and corporate content.

And good news for fans of the Universal Search feature introduced in the BlackBerry 6—the new BlackBerry Bold expands to include voice-activated search.

Although the upgrades are certainly welcome additions for BlackBerry enthusiasts, it may take more than a trim and a server boost to significantly improve RIM’s hold of the market. According to recent Nielson Data, RIM’s market share has dropped to 15 percent, in comparison to iPhone’s 25 percent and Android’s 50.

The BlackBerry Bold 9900 and 9930 will be available worldwide this summer.