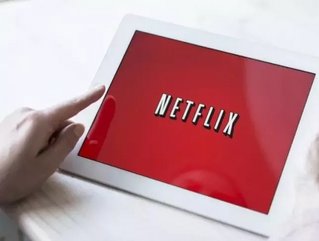 Although Netflix has yet to launch an official Australian arm of the business, the company has become the country’s second most popular paid media platform. Pocketbook, an Australian personal finance management software company, conducted the study.

The findings come as a bit of a surprise, as Netflix has been geo-blocking local users in Australia from their service. That could all come to an end however, as there have been rumours that the popular US-based digital media service will be launched in Australia in the near future.

The study shows that Netflix already has a 27 percent hold on the market for media subscriptions and rentals (among those surveyed).  Over 21,000 consumers were surveyed, though it did not take into account purchases from iTunes, Google Play, Spotify, Pandora or Xbox.  Netflix had a 9.88 percent part of the market at the beginning of 2013, so the company has actively tripled their customer base in the country.

And their subscription base continues to grow. Foxtel, Australia’s dominant paid player has not lost any business to Netflix. Traditional rental business and the local Quickflix however, have been hit by Netflix’s popularity.

Amazon Prime, another media subscription platform that also actively blocks Australian consumers, is also quietly gaining traction in the local market. Pocketbook’s research has shown the service has been growing since September of last year.

Another interesting bit of information provided by the study shows that subscribers to Netflix tended to stick with the service for a longer amount of time (110 days) than they did with Foxtel (under 80 days).