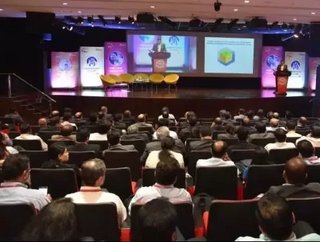 Tech Mahindra’s CTO Atul Kunwar says that in his experience, contrary to the popular urban myth that it’s the traditional technological powerbases who are driving the evolution towards cloud-connected business, it is in fact some of the newer wave countries which are at the forefront of this latest push.

“I’ve been surprised by some of the ones who are taking the lead, the ones driving the evolution to the next level are ones that didn’t participate in the last generation – coming from new places, Asia-Pacific in particular,” he says. “Stuff is happening there in a very big way. I would say the same about Africa and Latin America. It’s not just limited to the US.

“In Asia, one of the things we’re seeing very clearly is the adoption of cloud and solutions that help them leapfrog their competition – that’s taking root in a very big way. People are willing to experiment, they want things implemented faster and they want benefit from whatever collective learning has happened across the years.

“It’s not about trying to define the process and put one thing in after another, it’s about putting things in place and then creatively improving upon them.”

That’s clearly a given, and obviously in a technology environment creativity is one of the vital ingredients that human ingenuity can bring to the party and one which cannot be readily automated.

What brought Kunwar to conclude that it is in fact Asia which is taking the lead globally in terms of adopting and implementing cloud-based solutions, is the work he’s done over the past 12 months getting a core team in place which will enable enterprises to go to the next level of cybersecurity defences by themselves.

It has shown that Asia is just as competitive in that market as other countries who might be arguably more vulnerable to cyber-attacks.

“The cybersecurity angle showed me another dimension to all this,” he explains. “It’s not as if enterprises in particular regions or geographies are taking the lead on some of these things. The cybersecurity paradigm is changing more rapidly than a lot of others. It used to be saying you were okay if you had an antivirus, but that’s no longer true because you’re accepting all kinds of data everywhere. So, it’s become data-centric, not end-device centric.

“There are lots and lots of interesting programmes that are starting to emerge as a consequence of this, including advanced threat detection, how to build a security posture and so on. It’s about smaller companies, alliances and ecosystems, and about changing the mindset to accept that everything’s going to happen through a connected cloud environment. And guess what, with IoT coming in, it gets even crazier!

“For instance, one of the things cybersecurity is always around is IT information – whether it’s ERP or emails, all that stuff – and lo and behold, IoT is one of the biggest trends that’s happening across these things, so one of the things to do is push the cybersecurity team to ask them when they could get IoT ready, to protect IoT devices and the end-to-end programme. It took us two or three months, but they’ve done it. This is now a prototype that they can replicate into other places.

“I try to push people towards doing these kinds of things. This is just one example, but it applies across a number of areas.”

Clearly, acquiring such knowledge and expertise comes as a natural by-product of working in the technology sector, but it’s one thing to acquire information – it’s another thing entirely to utilise your discoveries by putting them into practice on a day-to-day basis.

Kunwar continues: “We’re doing something very interesting in Malaysia in the construction sector. Where you’d think that was a steady old business rooted in doing things a certain way, it’s revolutionised itself inside of 18 months – [our client] wanted the best construction information system delivering the ability to help them make decisions anywhere.

“It’s a cloud-based solution, moving a range of things they used to do across different processes on different systems, onto the cloud. This is a big enterprise with a variety of platforms and a varied infrastructure, a profitable company, doing well – but they had a vision to get to the next level.

“It took us six to nine months to work out the entire blueprint, but it’s in action right now and you can already see the value that’s coming in. Their selling has improved, their ability to quote effectively has improved drastically, and the really interesting thing – which we’re working on right now – is how they can factor in how projects are progressing.

“There used to be standard parameters, but with new technologies coming in you change that very drastically. It’s a very interesting process when it comes to ‘snagging’ – the part of a project where, after construction is complete, you go back in to find whatever defects there are and correct them.

“This is a process very amenable to AI and machine learning, cloud and so on. We’ve enabled people to take pictures, upload them, and get them compared so you know what you want to do. Millions of pieces of data can be handled, as opposed to, say, just a report from a particular location. And it’s simple.”

And that process of making things easier through a process of discovery is right at the heart of what Kunwar and his team Tech Mahindra are looking to do. His belief is that they can act as a go-between for larger enterprises and smaller start-ups by facilitating the learning process on both sides to provide symbiotic benefit.

Kunwar is keen to emphasise this point, and adds: “We want to be the systems integrator of choice in the new IoT and knowledge world, so we’re curating solutions, but at the same time connecting the solution provider and the enterprise seamlessly.

“Maybe that’s through white labelling or by taking accountability, but making sure they succeed. Let’s say they take a solution from a start-up and the start-up ceases to exist, they know that Tech Mahindra is there and will support them with that. We’re taking the risk out of that whole thing.

“That’s how we look at innovation.”

And that vision culminates in an annual showcase in India, which is next due to take place in December, called ‘Mission Innovation’. It’s a showcase where groups of technicians, journalists and customers work to provide solutions that have not yet been thought of or tested in the market.

Kunwar is a big fan of the exposition and says he was blown away by a group of youngsters from Bangalore last year.

“My favourite one was something so simplistic it’s hard to believe. Suddenly, one week before Mission Innovation last year, one of the guys called me directly and told me they knew they missed the deadline for the showcase, and that there was only one week to go, but that they’d like to show me what they’d designed. So, I said you know what, we’ll get you in there.

“They turned up and stole the show with something very simple. Physiotherapy and rehabilitation is a big area because of the ageing population, so what they did was use Samsung Gear to row a boat, recording various parameters as you do, in virtual reality. It was the most innovative, brilliant solution.

“We are encouraging a lot of people to come up with things.”