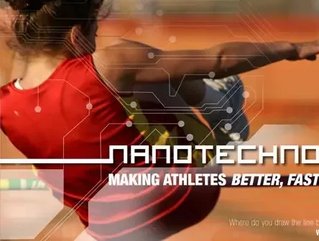 Thinking back to the 2008 Beijing Olympics, one sport will forever dominate the memories of many viewers: swimming. The performances in the pool that year were like something out of an aquatic superhero film as world records were broken day after day, race after race. By the end of the 13-day period, a total of 21 world records and 30 Olympic records had been smashed in the Water Cube.

The “world’s fastest” LZR Speedo suit, a swimsuit made of a buoyant, anti-drag, polyurethane-based material, was donned by more than 90 per cent of the gold medallists in Beijing. Therefore, it was fingered as the prime reason for so many world swimming records – a grand total of 168 – being been broken and then re-broken between the 2008 Games and the 2009 World Championships in Rome.

This unprecedented event sent the sport’s governing organisation Federation Internationale de Natation (FINA) into action, and when they banned “non-textile” suits in 2010, they shed a new light on a growing trend in professional sports: the use of nanotechnology.

Though often heard in descriptions of advanced medicines and electronic devices, nanotechnology – defined as the atomic and molecular manipulation of matter – isn’t a new term in sports lexicon. In fact, it’s extremely prevalent across a broad range of activities:

While these scientific innovations make for exciting athletic performances, at what point is the line drawn between pure human ability and what is now referred to as “technical doping”?

According to London Professor Jim Parry, it comes down to the user’s intent. "Anything called 'doping' would involve the secretive attempt to break the rules for advantage," he told British news outlet The Guardian. “There's a distinction between doing something that's against the rules, and introducing some new thing that's not actually (yet) against the rules.”

Such was the case with Speedo’s polyurethane suits. Though they were favoured by numerous athletes, Swimming Australia head coach Leigh Nugent has said the full body swimsuit ban will ultimately benefit swimmers in London this year.

“[In Beijing], the athletes were getting no recognition; it was all about the suit they were wearing,” Nugent told Adelaide Now at the Australian Swimming Championships meet in March. “It's come back to an era now where athletes are being credited for what they do and it's the superior swimmer that's actually producing the result, not the superior suit."