Music to the People 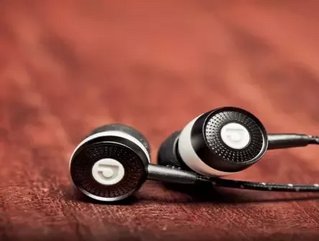 Be it on the train, in the office or on the go, music is often a necessary source of fuel to keep us going throughout the day. Fortunately, Dave Thompson emphasises with that need, and his chosen line of work provides us with the key ingredient: live concert-quality headphones.

Born with a fierce appetite for music, Western Australia-based Thompson credits his grandmother’s piano and gramophone for his early musical inspirations. As he grew up, Thompson played violin and guitar, dabbling in a diversity of genres: from rock and indie, to jazz and fusion funk music. Building his own guitars inspired him to pursue a career in the product development and design field, and he spent a number of years working in the mobile industry with major distributors such as Nokia.

A three-year stint at Sea to Summit, a camping and outdoor manufacturer, in Perth was the experience that really opened Thompson’s eyes to the career path he truly wanted to follow. “I was working for a guy who was so passionate about what he loved – climbing, being outside – and it made me think about what I loved: music,” Thompson said. “I thought headphones would bring me back to music.” In 2010, this initial thought became a reality and Audiofly was born in Perth.

Those early tastes of music at his grandmother’s have shaped the foundation for Audiofly’s business methodology. “[The] design approach to our headphones is [driven by] what influences, from a gear point of view, have influenced us as we’ve grown up,” said Thompson. Therefore, Audiofly’s products are made with a musician’s sound quality standards in mind. “On stage, it’s crucial [that] your in-ear headphones reproduce sound as accurately as possible – your performance depends on it,” Thompson said in an earlier media statement. “With Audiofly, we literally questioned every driver, magnet, cable and casing to push the quality as far as possible.”

Audiofly’s roadmap is leading the company’s product development further into the live performance market, which is great news for musicians and audiophiles. With a newly launched online store, everyday listeners the world over will now have an opportunity to enjoy a clearer, more professional-quality sound that just might trick your mind and ears into believing you’re hearing a live set. For those who require beats and harmony to get through the day, Audiofly has you covered: “As a brand, we want to connect with those who resonate with music at a life level,” said Thompson.