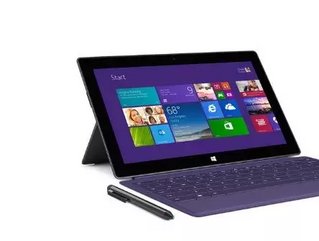 Microsoft has launched two new versions of its Surface tablet in a bid to reposition itself in the market. The launch of the Surface and Surface Pro last year was underwhelming and the tech giant failed to see the level of user uptake it hoped for. This time around Microsoft has been more aggressive in its campaign to garner a larger share of the tablet market, using tactics such as offering a cash reward to customers who swap their iPad for the new Surface 2 or Surface 2 Pro. But does the device stand up to its competitors?

According to Microsoft, the Surface 2 and Surface 2 Pro have received “significant updates, including improvements to processing power and battery life.” Panos Panay, Vice President at the firm went on to say the changes represent “the revamp we need,” as he demonstrated the new tablets to the media.

This time around, Microsoft is marketing the Surface 2 and Surface 2 Pro as a substitute tablet come personal laptop computer. Complete with a kickstand and keyboard, the tablet also includes Microsoft’s revamped Windows 8.1 operating system, the Outlook program and access to ten times as many apps as the previous version.

Furthermore, Microsoft has decided to steal itself a larger slice of the tablet market from Apple by pitching its Surface 2 and Surface 2 Pro at a business audience. During the launch in Manhattan on Monday Panay said it’s “the most productive, powerful tablet in the world.”

According to Penay, Microsoft has added approximately 50 percent more colour accuracy to the Surface 2 Pro, as well as improved sound with Dolby speakers. It also features Microsoft’s popular Microsoft Office suite and is powered by a fourth-generation Intel ‘Haswell’ processor, which will boost performance and battery life.

The Surface 2 also has a robust processor in the Nvidia Tegra 4, which is said to run faster and smoother that its predecessor and has an increased battery life with up to 10 hours for video playback.

The Surface 2 is slightly lighter and thinner than its predecessor as well and has an upgraded camera for high definition video.

What the critics are saying

Sadly for Microsoft, initial thoughts from technology critics have been lukewarm. Many have been cautious of the new device, citing its price and lack of apps as a concern.

The Surface 2 in white

It will be sold initially in 22 markets, with pre-orders starting Tuesday and sales to be launched October 22.

From office shut-downs and extra days off, to shorter weeks and work-from-anywhere policies, flexibility is the work perk must-have for summer – and beyond…