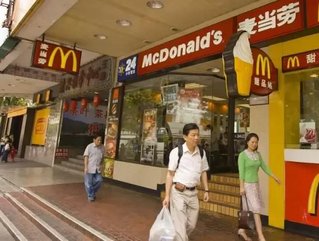 Western franchises are very interested in achieving success beyond their domestic markets, but in some areas that has proved difficult. In China especially, both McDonald’s and KFC hit critical roadblocks last year—the two fast food chains suffered in profits and reputation when Shanghai Husi Food Co., a meat supplier to both chains’ China locations, was shut down over evidence of serious food safety violations. Even a year later, both brands are struggling to recapture consumer trust in China. This is leading to some out-of-the-box thinking in order to move ahead and get franchise growth back on track.

According to the Wall Street Journal, consumers in China are into mobile integration to a larger extent than consumers in the United States—the country’s 885 million mobile users look to their smartphones for all manner of activities. Capitalizing on this growing trend, franchises like McDonald’s and KFC looking to grow in China are making moves to introduce new digital functions like mobile ordering and mobile pay into the customer service experience.

The likely hope of both chains is that this boost in convenience will be a selling point and will help them appeal to consumers, especially younger trendsetting consumers who are most concerned with perks like mobile pay compatibility. Even better, it’s a selling point and a way to connect with consumers that doesn’t hinge on the food itself—considering the food safety scandals that the brands have faced in China over the past year, it could actually be a smart plan (even for a restaurant) to focus on peripheral brand benefits in addition to their products.

The only real potential risk with introducing new concepts like this is that they must be executed well. Too many technical difficulties right out of the gate, like connectivity issues and consumers having trouble utilizing the mobile pay service, could be a turnoff and lead to consumers quickly abandoning the concept even before the franchises have a chance to fix the issues. Some technical hiccups can be expected in any new endeavor, but overall they must run relatively smoothly from the start to have a chance of success.

But as long as apps and mobile pay options are rolled out methodically and only when they’re absolutely ready, with this risk kept well in mind, the technology could go a long way toward McDonald’s and KFC boosting sales and restoring their reputations in the China consumer market.