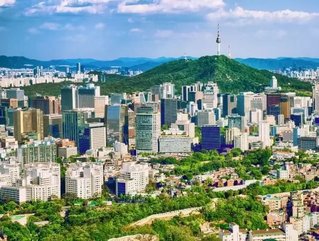 Line Plus supports Line Corporation with a pool of PR managers, designers, programmers, sales personnel and more as the parent firm continues on its mission of “Closing the Distance” between information, services, and people.

GrayHash, to be officially renamed as GrayLab, specialises in counter-hacking techniques and will be tasked with the development and optimisation of security amongst Line’s array of services.

Line’s messaging, fintech, blockchain, AI, and digital asset exchange units will each benefit from the augmented security of GrayHash’s technology and expertise.

Tech in Asia noted that Line’s focus on cybersecurity has increased since it launched its crypto token and blockchain network earlier this year, as well as placing financial greater resources behind its fintech operations.

In the press release, Line added that SeungJin Lee, CEO and co-Founder of GrayHash, will continue to lead the firm under Line with his seasoned cybersecurity expertise.

Line noted that, among Lee’s accomplishments, he became the first person in Asia to qualify for the Def Con CTF (Capture the Flag) finals in 2006, and has served the Cyber Bureau of Investigation at the Seoul Eastern District Prosecutor’s office as an advisor.

In addition, Lee is a current member of the review boards for the BlackHat Asia and Code Blue security conferences.