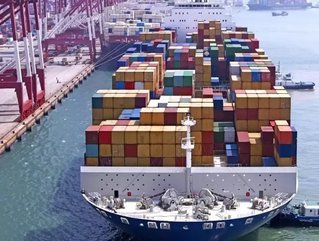 Chinese e-commerce giant and main rival of Alibaba, JD.com, has bought a 10% stake in a logistics company.

China Logistics Property Holdings (CNLP) is the second largest logistics provider in the country, and JD.com spent a total of $144.55mn on its new share of the business.

The deal went through after the Hong Kong Stock Exchange closed on Friday and a subsidiary of JD reportedly paid $2.80 per share, which according to the South China Morning Post was a premium of about 5.66% on the closing share price.

CNLP has 27 logistics parks across 14 locations in China. The company is, however, facing a debt-to-asset ratio of 35%. Kenneth Cheuk, CFO of CNLP, said the investment will help to reduce the company’s debts. CNLP also intends to use the capital to invest in developing logistics parks.

CNLP’s biggest shareholder at present is Yupei International Management. Yupei will see its stake in the company reduced from 26.95% to 24.29% as a result of JD’s investment, according to the Post.

In February, it was announced that JD.com had raised around $2.5bn in financing for its logistics subsidiary. As this was announced, JD.com’s CEO Richard Liu said the company’s work on establishing its own logistics network had helped JD Logistics to become an industry leader. The company has been operating logistics systems since 2007.

“The shift throughout global e-commerce towards our model is vindication of the path we chose,” said Liu. “The current funding round sets the stage for us to further invest in expanding our lead in the sector in areas like automation, drones and robotics.”